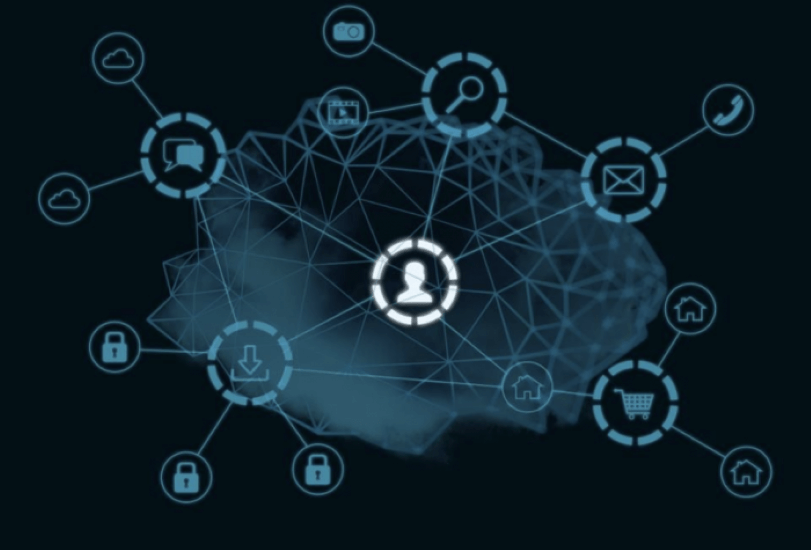 The News: Canalys, one of the leading providers of market size data for the tech industry has revealed 2019 IaaS Market Data. AWS remained on top with 32.3 percent of the market share, but lost about .4 percent ground to Azure, which saw the biggest gain in market share as the company grew from 14.2 percent to 16.9 percent of market share in 2019. AWS still holds just under 2x over Microsoft and the big two hold closer to half the market than all the other cloud providers showing the dominance of the top two players. The news can be found on ZDnet. 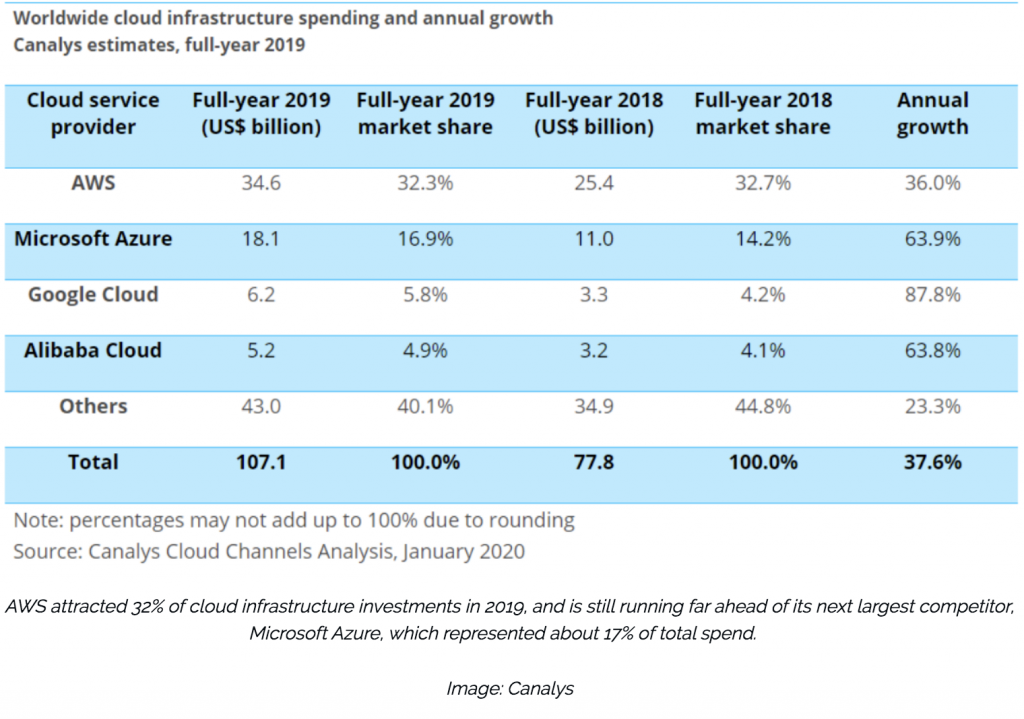 Analyst Take: 2019 was a big year for IaaS and Cloud as the business reached nearly $107 Billion. That is a 37 percent growth from last year. The same data reported that the next five years will take the IaaS space to ~$284 Billion– That is a massive growth of almost 3x in that time but shouldn’t surprise anyone given the momentum of cloud.

AWS and Azure are no Surprise

From the JEDI contract wars to the continued push for big contracts and innovation, I don’t think many readers will be surprised by the top two being AWS and Microsoft. However, Microsoft’s gain of 2.7 percent overall market share while AWS saw a slight dip of about .4 percent may have surprised a few readers.

I’ve been pretty outspoken in saying that AWS is still extremely strong and its 36 percent revenue growth for 2019 is an indicator of that as the business was steering close to $10 Billion in the most recent quarter.

Azure though, is on fire. And Microsoft is taking a broader approach as it really has depth in all the layers from enterprise application to IaaS. I believe the significant user volume of its Office 365 solution has been a catalyst of growth in every part of the company’s cloud business, which was clearly reflected in the company’s most recent earnings report.

Google Cloud, Alibaba and The Rest

Google Cloud has been continuing to make moves and is the second biggest mover gaining 1.6 percent. It’s growth is likely attributed to significant investment in go to market. The product has also received high marks for flexibility and up-time/reliability. I would also tend to think its significant AI/ML capabilities have attracted IaaS workloads as well.

Alibaba is the leader for China and has a pretty straight forward advantage to gaining workloads in that market. As China’s data and consumption grows and moves to cloud, Alibaba is a natural to grow top line and perhaps gain market share.

The “Others” category still holds a significant 40 percent of the market. I believe there are many players that comprise that bucket but I am looking at IBM and Oracle as the two with the greatest chance of emerging as relevant at some point in the near future. Both have made significant investments in marketing, have hybrid plays and have the benefit of significant technology assets under management from global services to database. With IBM’s new leadership and Oracle’s Autonomous Database/Linux, I could see both having some greater level of success in 2020.

Overall Impressions of the 2019 IaaS Numbers from Canalys

I had been pretty outspoken that Microsoft was going to take some market share from AWS. While that did happen, it was about .5-1 percent less than I had envisioned according to this particular report. It will be important to look at comparative data that comes out from IDC and Gartner in the coming months as I expect their numbers to be slightly different.

Having said that, I see a positive side for both AWS and Azure as both companies have growth significantly. This carries on to the other two companies in the big four as their growth was also significant, but the smaller numbers cannot be ignored. AWS has hit a size where its growth has slowed as a percentage but the total growth is getting larger and larger. This is all an effect of the demand for IaaS continuing to gain momentum.

2020 Should be another big year for cloud growth. I’ll be closely watching to see if the big two relinquish any market share to the rest of the cloud players or if the two companies gobble up more overall marketshare like they did in 2019. I am also keeping an eye out for a reaction from IBM and Oracle, which I expect to be ambitious to make the top 4, but at the very least gain a significant enough amount of share to be presented as #5 and #6 with market share closing in on those of GCP and Alibaba.