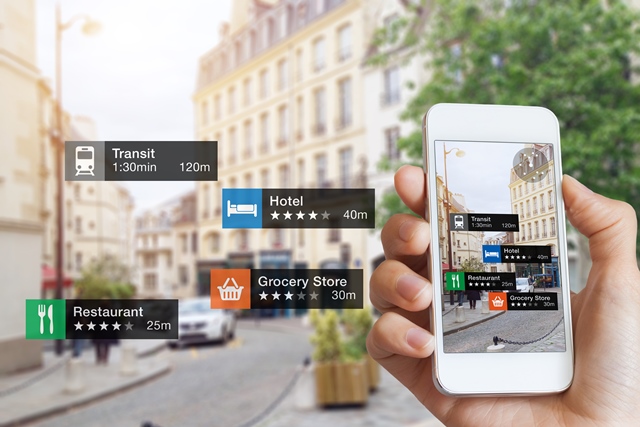 When Apple released iOS 11 October 3, it made huge inroads for the development of augmented reality (AR). In fact, while its new API ARKit most likely flew under the radar for most average users, it gave new life to AR developers hungry to find real mainstream uses for this promising technology.

AR jumped to the world stage most recently with the surprisingly popular Pokémon Go. At the time, users were mesmerized by its ability to overlay fun and entertaining characters onto their real-life home, office, and park environments. But since then, many are wondering: where did AR go?

The truth is, many companies have been struggling with pushing the technology to the mainline of America. Just as virtual reality struggled with clunky goggles, low adoption rates, and high development costs, many companies have been reluctant to invest in the business use of AR. However, with Apple and now Google’s ARCore offering up the technology to the greater developer community, the pendulum could finally be shifting toward a clear and accessible utilization of AR tech. In fact, as my colleague Shelly Kramer noted in her piece Why Augmented Reality is Going to Far Outpace Virtual Reality, the possibilities for AR are huge right now. And much of that has to do with ease of use.

Say you’re trying to build the fastest car in the world. You decide to open the challenge to mechanics around the world. But instead of providing top-of-the-line parts to build the car, they had to simply use their imaginations about what it could do and how fast it might go. Builders of AR have had a similar problem.

For technologies to be widely adopted, they need to be weeded and pruned. They need masterful builders to code, create, play, and find kinks in the AR armor in hopes of creating the ultimate best-in-class AR standards. But it’s difficult to do that when the technology is not widely available. Enter Apple and Google. Now, developers can mess around with the technology as much as they like, increasing the potential for new business use cases worldwide.

From Problem to Potential

I don’t want to give the impression that AR has been completely useless in the business world. IKEA, for one, has already been working with Apple to create IKEA Place, which allows users to place nearly the entire IKEA catalog into their own homes, with incredible sizing accuracy. Other companies, such as the makers of prescription eyeglasses, have also created AR apps to allow users to “try on” their spectacles before making a purchase. But the ability for developers to use it to create apps for users on Apple and Android phones is a huge bonus. Now, they not only have the ability to toy with AR, but to tie it to other technologies, such as sensors, to create even more powerful business potential.

Where We’ll See the Growth

Of course, there are obvious places that we’ll likely be seeing AR sprouting up in the next few months, such as gaming apps. But beyond scavenger hunts, what is in store? I believe there will continue to be a huge influx of apps supporting online shopping—allowing users to try on clothes, insert furniture, or even try new haircuts before taking the plunge. Yes, a few like Houzz and IKEA are already doing it. But I believe ARKit and ARCore will help make these apps much more commonplace.

I also believe real estate and the overall engineering and architecture industries will see a huge boost in useful tools that help buyers or potential clients understand the greater design of homes and buildings. I don’t think the use case will be enough to replace realtors, for instance. Instead, it will help buyers take second (and third and fourth) looks at the home, imagining whether their furniture will fit in the living room, how much stuff can fit in the garage, and whether the backyard will be big enough to handle their kids’ play things. It will be a bonus utility, rather than an end in and of itself.

Like most technologies, there needs to be a tipping point before mass adoption takes place. When smart phones first came out, only a special few were able to enjoy them. Now, they’re more common than house phones. I believe we’re close to seeing the same shift with AR. There may be a time in the next few years when the idea of measuring furniture or trying on clothes seems completely ridiculous. And with the development of ARKit and ARCore, there are no doubt numerous other things that will seem archaic, as well.

Additional Resources on This Topic:

This article was first published on 3ds.com.