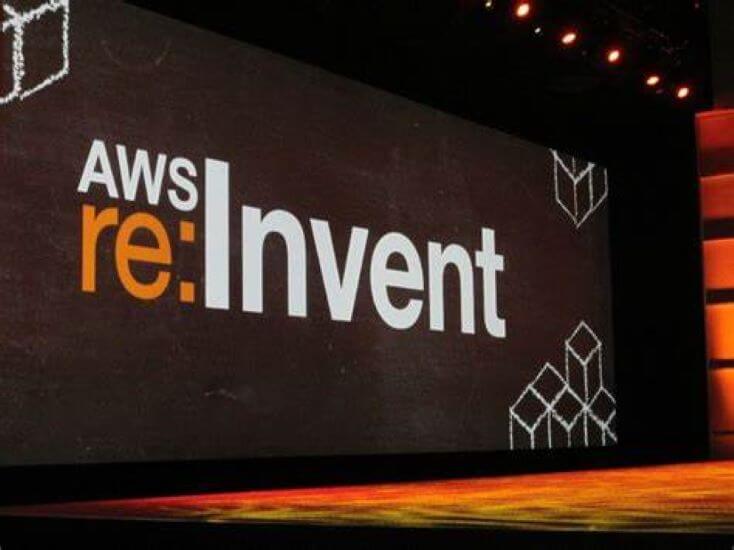 This week AWS made a significant number of announcements expanding the cloud giants services across a plethora of areas.

A few of the announcements in particular caught my attention and I wanted to take the opportunity to share the news and provide my perspective.

These takes will focus on AWS’s announcements around new data center silicon (Graviton), general availability of its Hybrid Cloud offering (Outposts), a new ML service (Kendra) and the announcement of a 5G partnership with Verizon.

Analyst Take: Last year, AWS Outposts made a huge splash at re:Invent, but the wait for enterprises to begin using the service has come to the end as GA was announced at this week’s re:Invent.

Hybrid cloud has been the topic of the year for enterprise and the hyperscalers and OEMs have been aggressively delivering architectures to address hybrid requirements. From VMware Tanzu to HPE Container Service to Azure Arc, there solutions to take legacy architecture and make it compatible with modernized applications and workloads running in the public cloud are a huge focus.

With the delivery of Outposts, AWS is bringing its most comprehensive solution to hybrid complexity and for current AWS users, this will be a compelling offering given the consistent control plane and native APIs and tools that they are used to.

The initial variants are AWS Native and VMware Native, given the massive sprawl of virtualized enterprise environments on VMware, this provides a compelling vehicle for its users to embrace both VMware and AWS.

These virtual servers are a market-first using the Neoverse N1 platform, Arm’s microarchitecture optimized specifically for cloud computing. Providing 40 percent better price performance over the previous gen instances, it is a perfect example of the evolving internet infrastructure landscape.

Analyst Take: ARM has found a significant new role in the hyperscale datacenter with AWS. The CPU was developed by Amazon, in its lab, which also has significant implications as the company takes greater control of its own destiny moving into the next generations of cloud computing.

AWS presented these instances, which come in 5 variations and are referred to as EC2 A1, as being designed for scale-out workloads and applications such container based microservices, web sites and scripting language-based applications (e.g., Python, Perl, Ruby, etc.).

It’s important to note that if an application is written in a traditional development language, it will need to be recompiled for Arm. Also, early Linux support will be limited to Amazon Linux 2, Red Hat Enterprise Linux (RHEL) and Ubuntu. (I believe this will expand over time)

In terms of market trends, I see a domino effect here with AWS being the first domino for implementing ARM based instances in public cloud. I believe we will see Azure and GCP roll out a version of this architecture in the coming few quarters.

While this will leave enterprise largely untouched for now as x86 continues to dominate the space, there is no question that ARM architecture being validated as enterprise ready. Over time enterprise ITDM’s will identify the best use cases for ARM based architectures and we will likely see greater, albeit maybe not massive market adoption.

AWS Announces new ML Service, Kendra: AWS announced Amazon Kendra, a new highly accurate and easy to use enterprise search service powered by machine learning. Kendra provides a more intuitive way to search, using natural language, and returns more accurate answers so your end users can discover information stored within the vast amount of content spread across your company. Users can ask questions like “How long is maternity leave?” and get a specific answer such as “14 weeks”, or “How do I configure my VPN?” and get a specific passage extracted from a document describing the process. With Kendra, you can provide pinpoint search accuracy from content within your manuals, research reports, FAQs, HR documentation, customer service guides, and more.

Analyst Take: This new offering really grabbed my attention. After diving deeper into Microsoft Project Cortex, which uses the M365 Graph to do ML to compile and leverage greater enterprise knowledge centers, AWS seems like another logical company to build on that type of solution.

While I see the big difference being that M365 Graph has the benefits of a huge amount of data in Office, Kendra is able to address a lot of enterprise knowledge challenges by using APIs with file sharing services as well as data warehouses to help companies be more productive with the vast data that is often unbeknown to employees.

The use of NLP to make querying as simple as asking a question is a nice touch as well. I feel like the relational and S3 databases along with the file sharing applications will help companies tap into a lot more data, but I do wonder if the lack of access to parts of the productivity suite or email data that oft lives in 365 will be an inhibitor to companies maximizing data utilization.

I’m excited to hear more about use cases and customer wins as this product enters the market.

AWS Announces 5G Partnership with Verizon: At re:Invent, AWS, an Amazon.com company (NASDAQ:AMZN), and Verizon Communications Inc. (“Verizon”), (NYSE, NASDAQ:VZ) announced a partnership that will bring the power of the world’s leading cloud closer to mobile and connected devices at the edge of Verizon’s 5G Ultra Wideband network. Verizon is the first technology company in the world to offer 5G network edge computing, and will use AWS’s new service, AWS Wavelength, to provide developers the ability to deploy applications that require ultra-low latency to mobile devices using 5G. The companies are currently piloting AWS Wavelength on Verizon’s edge compute platform, 5G Edge, in Chicago for a select group of customers, including award-winning, worldwide video game publisher Bethesda Softworks and the National Football League (NFL). Additional deployments are planned in other locations across the U.S. in 2020.

Analyst Take: I see this partnership as a powerhouse in showing what edge, cloud and 5G will be able to accomplish when deployed harmoniously.

Bottom line, a lot of the data created at the edge, whether vehicle data or device data, needs to process as close as possible to the device if not on the device in order to realize low latency while being considerate of data usage volume. Essentially with AWS Wavelength coupled with Verizon (or any other carrier deploying network edge architecture), the necessary compute, storage and networking resources will be well placed to deliver the expected performance.

With early pilots being limited to just a handful of cities, it appears the rollout may follow Verizon’s slowly growing mmWave deployments in major cities around the U.S.

I believe that Verizon is smart to partner with a scale out compute/storage partner that can build resources that enable it to focus on building the network while leveraging AWS’s IaaS experience to developers and ultra low latency applications to customers. I see this being the first of many carriers that will follow suit.