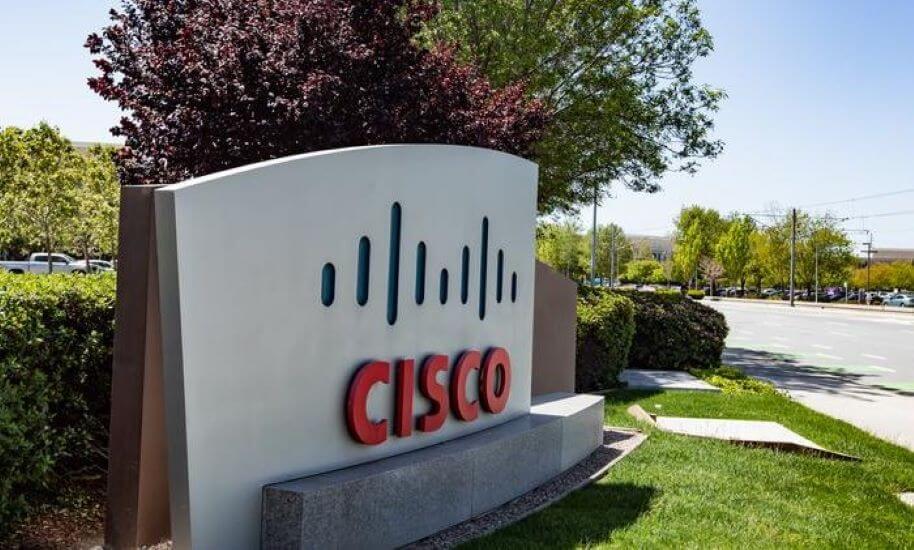 Cisco shares fell as much as 6 percent after the close of trading on Wednesday after the company gave fiscal second-quarter earnings that came in below analysts’ estimates.

Cisco’s revenue grew 1 percent on an annualized basis in the quarter, which ended on October 26, according to a statement. Read the full news item on CNBC.

Analyst Take: Cisco continued its strong run of form for Q1 delivering on both revenue and earnings. The company, which recently was honored as the best company to work for in the world, has been consistently meeting and beating targets and did so again this quarter. Yet, the fickle nature of the investor community reared its ugly head to penalize the stock for a small pull back on expectations for the company in the upcoming quarter.

A Slight Pull Back

Essentially, Cisco projected a pull back of around 2-4 cents per share in the second quarter. This small decline from the 79 cents per share expected seemed to have triggered a sell of that dropped the price by almost 6 percent. This should be a mere blip for the company, which hasn’t had a decline in revenue in over 2 years. I personally believe the company is being conservative and despite the lowered guidance I don’t see the company coming up short. The ongoing dispute with China is probably causing the company to be extra conservative and it wouldn’t surprise me to see a strong beat in the next quarter. Stay tuned.

The Strategy Is Working

For me, Cisco is the epitome of consistency. While the company’s biggest revenue area, its infrastructure platform saw a very narrow miss for the quarter, growth in areas like collaboration, where new partnerships with Microsoft are set to payoff and a significant beat in security, a major stronghold for Cisco, drove the company to continue its streak of growth.

Cisco also made additional acquisitions in the quarter deepening their collaboration portfolio (CloudCherry) and augmenting the company’s AI business (Voicea). These continued acquisitions of smart, niche companies to expand the company’s core business units show a shrewd attention to detail and should continue to pay off with the ongoing transformation taking place in enterprise and government sectors.

Cisco also has a strong role to play in the deployment of 5G. While the company isn’t synonymous with telco, its service provider strategy is well defined and growing in importance as software defined and virtualization of the network is critical for the service providers to deliver and scale 5G. This area should yield more revenue and wins for Cisco over the next year as 2020 will be significant for 5G proliferation.

I look at the pull back as temporary and knee jerk. Cisco is in good shape and there are few signs of that changing anytime soon.

Lenovo Delivers Strong Quarter Outside Of The Data Center