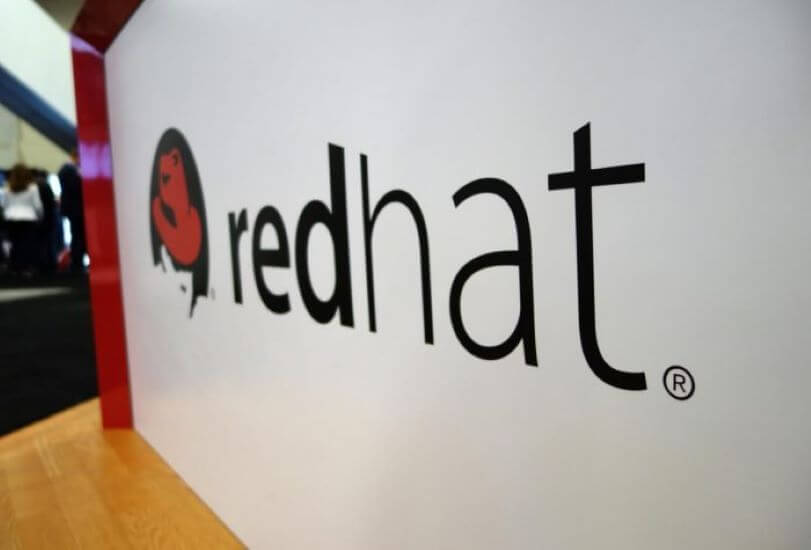 Clear battle lines are emerging between the various hybrid cloud market participants. For both vendors and enterprises, the stakes are high and there will be clear winners and losers in the years ahead as cloud moves from hyperbole to an operating model.

On one side, we have the hyperscale cloud providers fighting it out for market share in public cloud, but with a noticeable increase in focus on offering on-prem solutions and then we have the server vendors on the other side, bridging from their installed base of on-premises infrastructure into cloud via hybrid models using open source as well as legacy virtualization platforms as the pathway to modernized IT architecture.

Of all the discussion that is surrounding cloud, I believe the most hotly contested space is delivering solutions and services that will enable enterprises to manage, orchestrate, broker and provision cloud infrastructure. As Infrastructure-as-a-Service pricing continues its race to the bottom, cloud vendors are looking for margin and a way to carve out stickiness. This will come through layers like HCI and PaaS, but I think the hybrid cloud orchestration layer is where the smart money is focused.

One interesting company to look at in the hybrid cloud is IBM, which is clearly pivoting. Let’s explore this pivot as well as IBM’s apparent strategy, competition and what the company must do to succeed going forward.

IBM’s earnings are telling on its strategy

IBM announced Q3 earnings earlier this week (read my take here). While the picture was solid but not impressive, what stood out to me was the performance of Red Hat amongst the rest of the earnings numbers. With Red Hat being new to IBM in this Q3 earning cycle it was encouraging to see a ~20% increase in the Red Hat numbers. This quarter also saw $5 billion in cloud revenues, which is IBM’s best cloud revenue performance of the year, and IBM’s 14 percent growth in cloud revenues for Q3 was the company’s best growth in cloud in more than a year (2Q18: 18% at constant currency).

To me, the early success in Red Hat shows market demand and acceptance of IBM’s acquisition of Red Hat as well as clarity on the company increasingly turning its attention away from trying to compete with AWS or Azure directly, but to be much more focused on delivering cloud native applications that operate freely in hybrid environment giving enterprise customers choice as to where workloads are ultimately deployed. I believe this is a sound strategy and one that will serve IBM well, and given the $34 billion-dollar investment made in Red Hat, the company has to be prudent to show growth.

Whether this was a byproduct of IBM’s lack of ability to compete in the Hyperscale IaaS market or not, it has become evident that the company would rather focus on services, consulting and outsourcing businesses that add value as client look to run, manage and operate cloud environments; this will fuel the company’s Global Services, Cloud and Red Hat business units, so the full-service approach certainly has merit given IBM’s strategic revenue sources.

Furthermore, Red Hat and in particular OpenShift fits perfectly into this overall strategy. With OpenStack still struggling to gain traction, the focus on Kubernetes and container-based cloud strategies has gained early buy-in and rapid growth of adoption amongst cloud admins is almost a certainty. Where the cloud admins will ultimately turn to orchestrate these new cloud architectures is still more uncertain leaving a potential whitespace for IBM.

Red Hat’s OpenShift platform was a market leader long before IBM came along, and with IBM’s client base to sell into and an incentivized IBM sales force, I see the Red Hat software being more widely deployed in the future. This will be a race to watch and one that I feel IBM certainly has the right tool set to be competitive. Execution, as always will require a close eye and I will be watching.

As the market moves to a Kubernetes based hybrid cloud orchestration model both on premises and in the public cloud, which tool you use to manage your hybrid cloud becomes a key decision for clients. While IBM and Red Hat OpenShift are well positioned, strong alternatives exist.

One such alternative is Pivotal from VMware. Having originally spun out of VMware/EMC back in 2012 the cloud vendor re-joined the Dell/EMC/VMware under the Dell Technologies fold earlier this year. The Cloud Foundry (Dell Tech) open source-based vendor approach has gained traction with enterprise clients. While the standalone business had a bumpy ride (losing $31.7m in its last financial quarter) the technology has never been in question. I view the combination of Pivotal Cloud Foundry, VMware and the emerging solutions from Dell Technologies Cloud as a direct and formidable competitor to IBM/Red Hat. The decision point for clients will be what your existing stack looks like, rather than a head-to-head of Pivotal vs OpenShift at the technology level. And we know how pervasive VMware is, so the company naturally holds a strong incumbent position inside many accounts.

Another alternative approach for cloud orchestration is OpenStack. The long running open source project is about to drop its 20th version, Train. While OpenShift and OpenStack do not directly compete, with the former focused on PaaS and the later on IaaS, there is overlap. OpenStack operates at the compute, storage and networking layer (Converged Infrastructure) and has been a focus area for the likes of Rackspace and Chinese Hyperscaler, Tencent as they have developed out their cloud offerings.

However, not everything is rosy in the OpenStack world. Long standing contributor SUSE recently announced they plan to set back from OpenStack and rather double down on Kubernetes. This was not overly surprising by SUSE but shows that the new SUSE CEO Melissa Di Donato wasted no time in making decisions about where they want to focus going forward.

The other smaller choices in the market are Docker and Rancher. Docker has had a tough time after it exploded on the market a few years back as the brains behind containers. They released version 3 of Docker Enterprise back in April but have struggled to scale organizationally to fulfill their early promise. Rancher is one of the smaller players in this market. Having started in 2014 the company has focused on a community approach to gain traction. I’m not entirely certain where these companies will fit in, but my instinct is that their role is in the small to medium sized client space or in enterprises where clients are willing to get hands on. In a year, these orgs may not even be worth mentioning.

To get a further sense on other Hybrid Cloud competitors it may be worth checking out the competitive landscape I shared in my recent piece analyzing HPE and Nutanix’s new partnership. While that focused on HCI, it also gave perspective into Cisco, HPE and additional insights on VMware. All of which are developing solutions to adapt to containers and shifting cloud architectures.

Where does IBM take Red Hat?

At just over $3 Billion of revenue, Red Hat was not as big of a company prior to its acquisition by IBM as many may have thought. However, Red Hat had demonstrated strong growth and widescale adoption, which led to the decision to spend $34 billion to acquire the company, even though it only operated in only ~15 countries. IBM has sales force scale and breadth operating in 175 countries globally. Sales execution by the IBM side of the house will be crucial going forward.

One of the strategies that IBM is embracing is a bundling approach. IBM has now introduced what it is calling “Cloud Paks,” these bundles comprised of IBM middleware include an embedded version of OpenShift. These “Cloud Paks” will be crucial to IBM’s existing customers as they will enable users to rapidly containerize applications and simplify delivery. I believe that these “Cloud Paks” will be a focus for the global IBM sales force to include in their Enterprise license Agreements with their clients. I also expect the company to scale up its “Cloud Paks” approach in the coming months as it looks to roll all of their software into this delivery method and simplify go to market for the sales force.

If IBM is wise it will do everything to deliver on the promise Ginni Rometty made on stage at Red Hat Summit earlier this year, where she promised to keep Red Hat an independent unit within IBM. Big Blue will need to retain the Red Hat talent and ensure the corporate culture of Red Hat perseveres.

The somewhat worrisome thing to note is that Red Hat had no significant intellectual property to leverage and was driven by a smart technical community and an open source ethos. This model is very different to how the mainline IBM business operates and the way the culture is managed will be crucial if IBM is to get the value out of the $34Bn it paid to acquire Red Hat.

The next big pivot

It will surely be interesting to watch IBM, and this next big pivot to hybrid. With the company recently spending $34 Billion on Red Hat, you can be certain the company is not planning on anything but success in the hybrid cloud space. The tools used to manage these hybrid cloud architectures will be a key decision for clients as they look to move to the next chapter of widespread cloud adoption.

Open source projects are where the development of these stacks will happen with Cloud Foundry, OpenShift, containers and Kubernetes at the forefront. But IBM should expect stiff competition from traditional OEMs like Dell, Cisco and HPE as well as hyperscale cloud providers AWS and Azure, which will offer familiar control planes as well as enterprise support – all while delivering improved consumption models and managed services around their offerings to attract customers and support changing cloud operating models.

Cisco: The Future of the Internet is Now

SAS and the Artificial Intelligence of Things

The original version of this article was first published on Network World.