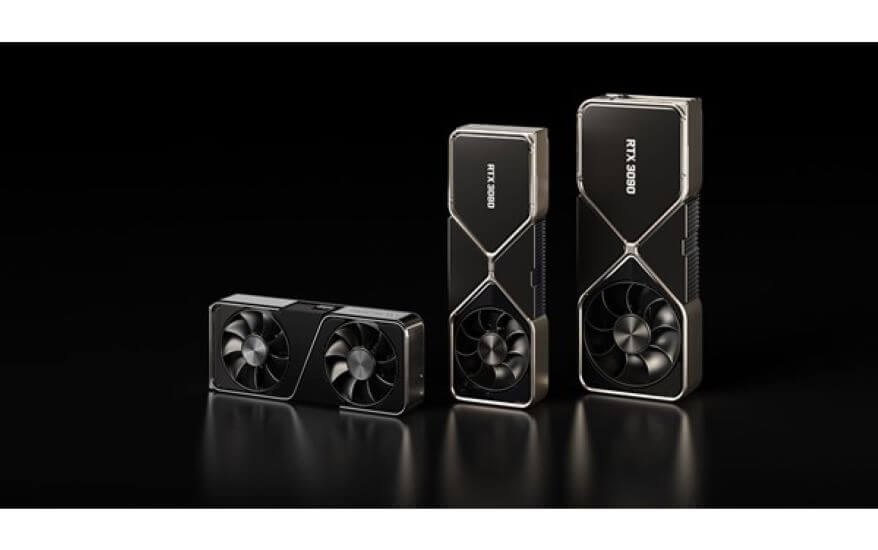 Smashing performance records, the GeForce RTX 3090, 3080 and 3070 GPUs offer up to 2x the performance and 1.9x the power efficiency over the previous Turing-based generation. The GPUs take advantage of the second generation of NVIDIA RTX™ — the world’s most powerful PC gaming platform — to provide unprecedented levels of real-time ray tracing and AI gaming. Read the full release from NVIDIA.

Analyst Take: Yesterday NVIDIA made a comprehensive launch including 3 new GeForce RTX GPUs along with new software enhancements that are certain to excite the global gaming community.

I am expecting that AMD will be looking to answer to this in its next big Radeon reveal. NVIDIA, meanwhile, has been pushing the envelop in every area from enterprise datacenter to HPC to gaming, without so much as a hiccup (or so it seems). Today’s launch only pushed that narrative further as the company didn’t only replace its popular RTX 2080, but brought out the BFGPU (or so they call it), the RTX 3090.

This next series of GeForce is being built on  NVIDIA’s popular new Ampere architecture, employing  technologies that have come from over two decades of graphics R&D by the company. This includes (Per the company press release)

New streaming multiprocessors: The building block for the world’s fastest, most efficient GPU, delivering 2x the FP32 throughput of the previous generation, and 30 Shader-TFLOPS of processing power.

Third-gen Tensor Cores: New dedicated Tensor Cores, with up to 2x the throughput of the previous generation, making it faster and more efficient to run AI-powered technologies, like NVIDIA DLSS, and 238 Tensor-TFLOPS of processing power.

From the RTX 3090 to the flagship RTX 3080, we are seeing a push to best in class performance delivering 8K60 gaming for the 3090 to the PC to the near 2x performance of the RTX 3080 over its predecessor the RTX 2080, up-leveling the discrete gaming GPU.

I was also impressed with the new RTX IO and RTX Broadcast. I think that both are great ways for NVIDIA to leverage the power of the RTX 3000 series, which will enable NVIDIA to more effectively compete with AMD on next-gen consoles and graphics.

All in all, it was a very strong launch for NVIDIA. With the already high popularity of gaming being pushed exponentially by the COVID-19 Pandemic, NVIDIA is in a great position to continue to flex its proverbial muscles in the space. This new launch delivered gaming innovations through performance and experiential improvements and the excitement should almost certainly translate to revenue as these products hit the shelves.

I’m quite interested to see how AMD responds. I’m sure the continued competition will be a catalyst for continued innovation by both companies.

Splunk’s Transformation: The Real Story Behind Its Earnings