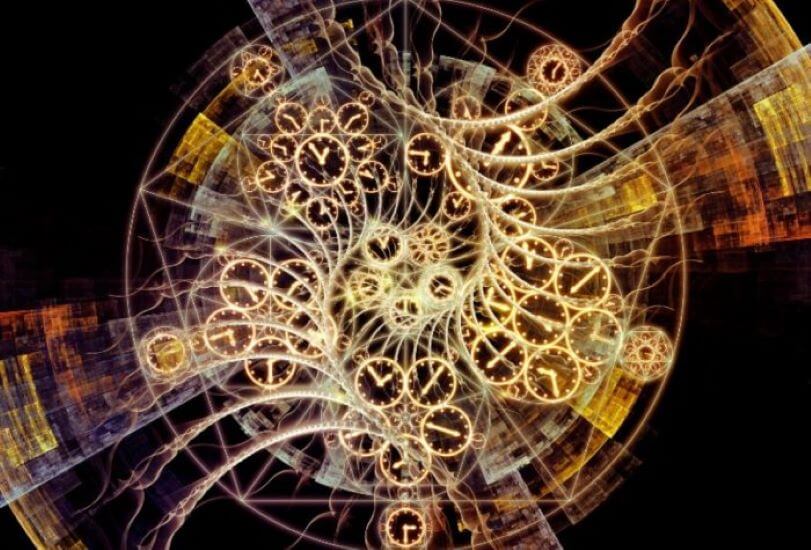 The hybrid cloud and hyper converged infrastructure (HCI) markets have become an important discussion as more and more companies are looking at cloud as an operating model. This also means more new products set to hit the market to support the growth in Hybrid Cloud and HCI adoption, which will raise a series of questions for enterprises as to which solutions and tools it will adopt, consume and use to deploy workloads, both on-prem and utilizing public cloud infrastructure.

As digital transformation, customer experience, and business outcomes take center stage, we are seeing the infrastructure itself become an enabler, but where the infrastructure is placed has been more fluid. With hyperscalers like AWS moving workloads on-prem, and IT vendors like Cisco, Dell/VMware, and HPE (who traditionally built solutions for on-prem), ramping up offerings for the cloud, we have most certainly reached a tipping point. The phase we are now entering is the phase where infrastructure moves to the background and the market shifts to the need for compute that is charged on an ‘as used,’ or consumption model.

As we enter this second chapter of cloud adoption, clients are looking for infrastructure providers to look like hyperscale cloud providers. Clients still value on-premise cloud for security, latency, and/or regulatory reasons, but they need their infrastructure to be seamless, easy to provision, and for it to appear ‘serverless’. The growing demand for this type of service has led to an industry partnership that’s worth noting — a newly-announced partnership between HPE and Nutanix.

Nutanix and HPE come together to deliver new hybrid IT solution

At the Nutanix .NEXT conference held this week in Copenhagen, Nutanix deepened its partnership with HPE by announcing the general availability of an integrated private cloud “as-a-Service” offering. This announcement builds on the previous statements both companies made back in April, focused on hybrid cloud.

Monica Kumar, SVP of Product and Solutions Marketing for Nutanix, stated, “Our goal is to make the underlying cloud infrastructure invisible so leaders can focus on what matters most to their businesses: their application. By partnering with HPE, we’re paving pathways for more enterprises to easily find the right hybrid cloud solution and focus on what moves the needle to scale.”

I believe that this solution certainly has the potential to address several key hybrid cloud challenges, but this space is evolving quickly and with its opportunities, there is also a mass of competitive considerations. Let’s unpack this partnership, spend a few minutes on GreenLake given it isn’t yet a household name, and then explore the competitive landscape.

For those less familiar, HPE GreenLake has been the company’s steady migration path to take traditional on-premises services and deliver them in a cloud-like consumption format. I have been bullish about what HPE is doing with GreenLake over the last few months, especially HPE CEO Antonio Neri’s vision of the company delivering everything as a service by 2022.

This most recent announcement provides another promising addition to the GreenLake offering by combining a key HCI software partner in Nutanix and packaging the whole thing up to be very effectively delivered as a service. This is what many businesses want—the IaaS/SaaS experience—even when workloads are on-prem.

In addition, as clients look to migrate more workloads to the cloud, they are realizing for many enterprise workloads that are either difficult to migrate or have significant benefits on premise (like latency, data volume or sovereignty, for example), hyperscalers like AWS and Azure are not the only answer, although with AWS Outposts and Azure Stack, these companies are also focused on addressing the hybrid cloud challenge so long as you have a connection to those particular clouds.

Given that as much as 80 percent of enterprise workloads have yet to move to the cloud, organizations need a solid answer for systems of record or security dependent workloads that need to remain on-premises. Thus, the need for hybrid that also delivers on the desire for elastic pay models.

The competitive landscape for hybrid IT

While this new partnership between HPE and Nutanix has promise, it is important to look at the broader market landscape, which has a number of well-regarded hybrid and HCI offerings, including HPE’s own Simplivity, which has been and will continue to be the company’s leading solution.

I believe as the market continues its migration to a seamless compute model, we will see technologies that assist clients in making this a simpler transition move to the forefront. Clients are being asked to make a fundamental choice that will define their strategy over the medium term. The choice is which platform(s) they will choose to solve their cloud orchestration requirements—and it’s a significant business decision. Here’s a brief look at some of the key competitors:

VMware’s primary HCI offering is vSan, which leads the market with over 41 percent market share, but you can be sure that the company isn’t sitting still. VMware (and Dell Technologies) are well-positioned to make this transition with their cloud offerings and have significant market share based on their leadership in the virtualization space. As Kubernetes emerges as the architecture of choice, VMware has doubled down on its Kubernetes and container orchestration strategy with the recent launch of Tanzu. The company has further bolstered its team by recruiting Grant Shipley, Red Hat’s Senior Director of Container and Kubernetes, just this week.

Cisco Systems has also partnered with Nutanix offering Enterprise Cloud OS to run on Cisco UCS to give Cisco customers the ability to leverage Nutanix for multiple hypervisor support, data optimization, web-scale design and scale-out storage. While Cisco today, leads with Hyperflex, this does provide an alternate for current Cisco users and is also a compelling offer that seems to have the foundation to help hybridize on-prem UCS infrastructure. Cisco hasn’t been overly vocal in talking about delivering this in the as a service capacity, which is something I would expect to become part of the conversation in the near future.

Another major player that should provide competition, at least in the Linux and open source space, is IBM and RedHat, which offers Red Hat Hyperconverged Infrastructure for Virtualization. The hybrid (cloud native) shift was a major driver of IBM’s $34Bn acquisition of RedHat, which was not to buy a Linux distribution, but rather to lay hands on its OpenShift service.  IBM had its IBM Cloud Private offering but needed to supercharge its cloud portfolio or risk missing the cloud market again. As a result, the company could not afford to miss out on RedHat, no matter the price.  It will be interesting to see if this works out in the long run. It’s worth noting that IBM does have a Nutanix offering as well, but after buying RedHat, I don’t see it being put out front and center.

The last area to keep a watch on is the full open source providers. One example of this is Platform9, which touts itself to be the open source, lock-in free option for building a hybrid cloud operating model. The challenge with these types of environments will always be an organization’s legacy IT investment, combined with app placement specifics. If a company is starting at zero, or close to it, these upstarts could be quite attractive. For more complex situations, I can’t imagine this being a viable option.

Will HPE and Nutanix on GreenLake be a hit?

What HPE is doing to provide all of its offerings as-a-Service is a solid approach to address the demands of clients for a hybrid offering with the consumption-friendliness of the hyperscalers.

HPE claims that GreenLake can reduce CapEx by up to 30 percent by allowing HPE’s clients to pay for the services based on actual consumption, I see this model getting traction, and rightfully so. It will be a race for the company to deliver on its pledge that every product HPE sells will be available as a service by 2022, but it gives a strong identity to the company and will undoubtedly put pressure on its competitors.

As for Nutanix, the partnership with HPE is also a good move. After the software-led business went hardware neutral back in mid-2017, the company has been making inroads forging partnerships with hardware vendors—building on the one with HPE makes perfect sense. By focusing on software, Nutanix is able to please its shareholders by remaining focused on this high value market, while leveraging the routes to market of partner organizations such as HPE. With sales experiencing some volatility in recent quarters, this is a smart business move by Nutanix.

From a technical standpoint, both organizations are also simplifying the deployment model for clients by pre-integrating the Nutanix Software — Acropolis, AHV, and Prism – pre-installed on HPE ProLiant DX servers. A focus on hybrid complexity benefits clients and both organizations alike. In order to compete against the public cloud, hybrid cloud deployments need to be simple, with environments up and running in minutes and without the need for elongated consulting engagements to make the systems operational. Pre-integrated hybrid cloud offerings are the way to go.

Having said all of this, it is important to note that HPE is almost certainly going to lead with Simplivity. But choice will prevail as HPE, nor any of the above-mentioned competitors are going to want to miss out on opportunities by having gaps in their portfolios. This partnership fills a gap that others had addressed, and the consumption model makes it more attractive to certain customers.

While it feels like we’ve hit peak hybrid cloud, in reality it has only just begun. Enterprises expect their hybrid cloud to look like and be consumed like public cloud. Traditional vendors like HPE, Cisco, VMware, and IBM will need to continue to partner with (or acquire) leaders in hybrid cloud software like Nutanix. I see the continued deepening of the relationship between HPE and Nutanix as good for its enterprise clients, which will push competition to continue to innovate. The move also makes sound strategic sense for both vendors, as the above-mentioned competition will only grow in the coming years.

This article was first featured on NetworkWorld and can be found here.