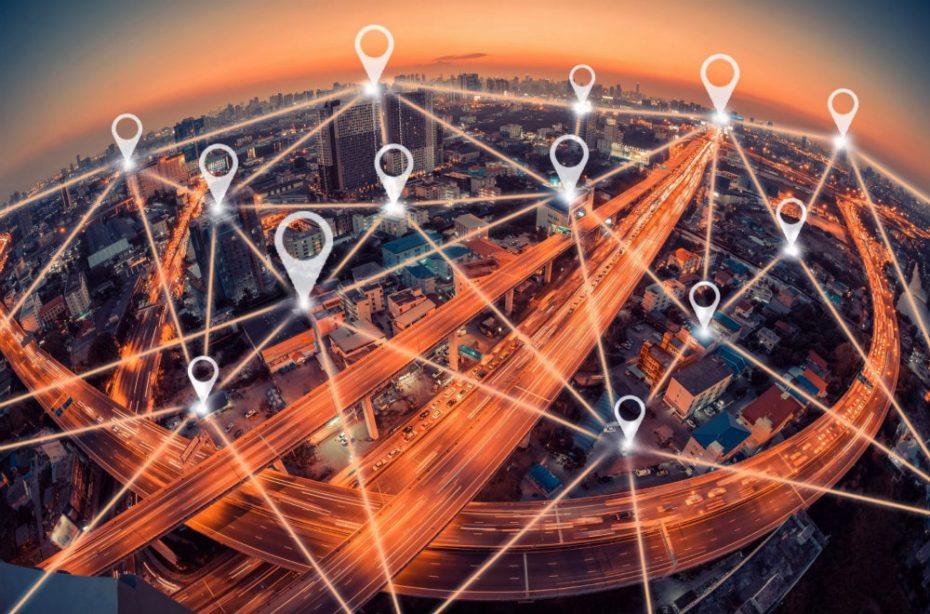 OK—maybe one device at a time is a bit misleading. It’s been suggested that 16 billion devices will be interconnected by the Internet of Things (IoT) by 2021. Cities are expected to spend more than $40 trillion on IoT technology in the next two decades, and companies like Cisco, IBM, Intel, GE, and Siemens all have their hands in the IoT game. The technology has the potential to change how we live and function in modern society—connecting our energy grids, water usage, waste consumption, roads, and every living space in between.

Increasingly low-cost sensors and WiFi capability leave little doubt the IoT will soon flood us with a flow of data that is unlike any we’ve seen. In India, there are already 4 million app developers focusing on IoT. The U.S. government allocated $160 million for smart city research last year alone. Some cities, from Barcelona to Amsterdam to San Francisco and Los Angeles, are already utilizing some form of IoT to improve the lives of citizens while saving money in the process. The following are just a few ways the IoT promises to improve life in the big city in the next few years.

Natural Resources and Energy Use

The U.S. Department of energy recently noted the economic potential for renewable energy has more than tripled as a result of better and cheaper tech. Considering current environmental concerns, that’s saying something. Using “smart meters” and an interconnected “smart grid,” the IoT is already helping cities like Los Angeles monitor, measure, and adjust electricity use to prevent outages and conserve natural resources. In a similar way, smart sensors can help manage the world’s impending water crisis, helping to instantly alert city officials to water leaks, consumption trends, and overall conservation efforts. Smart water meter technology is already saving the city of Barcelona $58 million a year. Imagine the public projects that could be funded with those savings (not to mention the vast amount of water that could be saved) if every city in the world were connected with the IoT.

The IoT is already working wonders in the transportation industry, as well. Not only do smart apps and sensors help us find open parking spaces, they’re helping to manage traffic flow through connected streetlights and traffic monitoring systems. By connecting traffic lights in San Antonio, the city saved hundreds of millions in energy consumption and time. In the future, it’s anticipated that cars may even feature vehicle-to-vehicle communication, helping prevent accidents without a human interface. (Of course, Uber is already piloting the driverless car, so that may soon be a non-issue anyway.) IoT is also being used to help better coordinate public transportation like busses and trains, preventing rail collisions and—ultimately—saving lives.

As a side note, some cities are using the IoT to eliminate the need for driving—and pollution—altogether. In Chicago, for instance, residents can visit “courthouse kiosks” outdoors, or via their smart phones, to pay tickets and access personal records. Other cities, such as Hamburg, Germany, aim to make their public transport and bicycle paths so efficient that 40 percent of the city will be car free by 2034.

On the public safety front, IoT has the capability to do everything from monitor air quality to alert drivers instantly when streets and bridges are frozen or flooded over. On the sanitation side, smart sensors can automatically alert trash companies when bins are full, helping to eliminate issues like rodent infestations and improving quality of life. The IoT is also transforming law enforcement, keeping both citizens and police officers on the up-and-up. Smart guns gather all data when an officer’s shot is fired; real-time gunshot monitoring allows offers to pinpoint the location of a gunshot at any point in the city; and wearable cameras—even for the K-9 unit—make crime real-time crime scene monitoring a reality.

While it started as a way to manage inventory more easily, the IoT has the potential to make our lives—and our world—better, safer, cleaner, and more livable. With the right regulation and security measures, there is no truly no limit to the IoT’s potential for making our cities and lifestyles smarter.

Additional Resources on This Topic:
Smart Cities May Turn Competition Into Collaboration
Will Smart Cities Make Society Smarter?
The IoT Creating Value for Our Cities
How IoT Will Impact the Public Sector
Living with IoT, Sensors, and Open Data
Five Ways IoT is Driving Digital Transformation