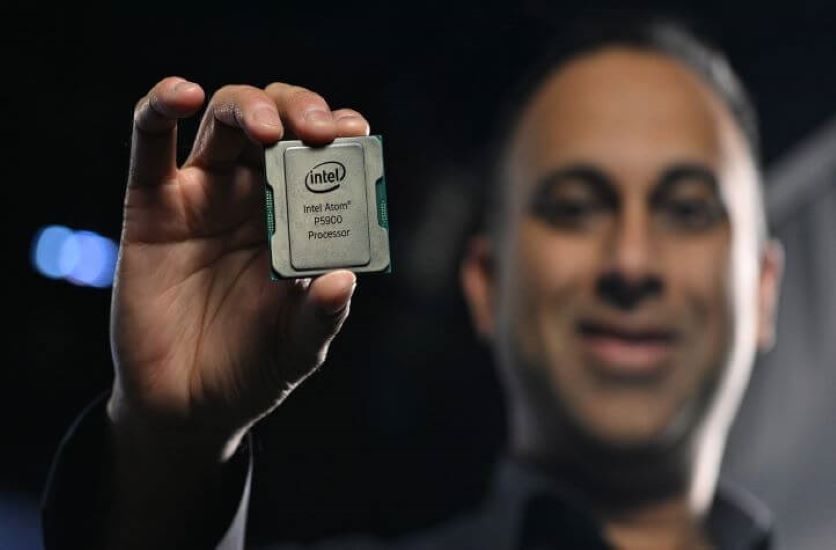 The News: Intel made a sweeping set of hardware and software announcements, including the launch of the new Intel Atom P5900, a 10nm system-on-chip (SoC) for wireless base stations, which is a critical early deployment target for 5G networks. Intel’s new offerings target the 5G network infrastructure from core to edge including:

Analyst Take: Intel is deftly using the week of virtual Mobile World Congress (MWC) to prove its long-term strategic commitment to the 5G market. The debut of a set of new 5G infrastructure silicon products will go a long way to dispel any lingering concerns and competitor-generated fear, uncertainty, and doubt (FUD) about Intel’s 5G bona fides after the company’s retreat from the 5G mobile device silicon segment culminating in Apple’s July 2019 agreement to buy the majority of Intel’s smartphone modem division.

Atom P5900: The unveiling of the Intel Atom P5900 extends the Intel architecture from the core to access and the deep edge of the network. Intel is touting its goal to become the leading silicon provider in base stations by 2021, capturing up to 40 percent market share, a year earlier than first predicted. As a highly integrated 10nm SoC, the Intel Atom P5900 is a 10nm SoC designed to fulfill essential 5G network needs, especially high bandwidth and low latency. Formerly identified as Snow Ridge, the Atom P5900 is one of the first chips based on Intel’s Tremont Atom cores. Designed around Intel’s 10nm process, Tremont is the next-generation Atom, designed to be wider and better performing than any Atom CPU core before them.

The Atom P5900 debut is momentous for Intel as the company’s previous issues with bringing 10nm to market allegedly contributed to mobile station supply chain issues for Ericsson and Nokia. The timing here is excellent, as the U.S. government is determined to contain Huawei’s presence in global 5G networks, boosting Intel’s prospects outside of the China market. In addition, Intel is betting that 5G requires a transformational compute model, radically distinct from LTE, which can give Intel a time-to-market lead over major rivals in meeting 5G-specific networking demands. Moreover, Huawei archrival ZTE cannot use Huawei’s silicon for its own base station products. As a result, Intel has enlisted Ericsson and Nokia as customers, despite prior 10nm concerns, as well as ZTE. All this bodes well for Intel’s 5G networking processor prospects.

Operators are consistently identifying security as their highest concern and priority in their rollout of 5G-Iot networks and Intel fulfills an immediate market objective by designing the new Xeon Scalable offerings to ensure the integrity of the data and the platform through hardware-enhanced security and built-in encryption accelerators.

Moreover, Intel is collaborating with major 5G players, like Altiostar, Dell, Deutsche Telecom, HPE, Lenovo, QCT, Rakuten, VMware, and ZTE to further boost its 5G edge ecosystem credentials. Intel further distinguishes its new 5G offerings by stressing its software investments and ecosystem influence, providing additional differentiation against rivals who are inconsistent in pointing out these factors with their product launches.

Next Moves for Intel

What are the next best moves for Intel? I believe Intel needs to rapidly show that the 5G base station game opens a new frontier in driving new business among the major suppliers. Huawei is entrenched with making its own chips in-house, with TSMC providing the manufacturing and will not likely shift to using another supplier like Intel due to ongoing U.S.-China trade tensions, deep in-house investment commitment, as well as the uncertainties around the coronavirus epidemic.

Intel must ensure there are no disruptions in delivering the Atom P5900 to key customers Nokia, Ericsson, and ZTE, as alternatives are around the corner. Nokia and Ericsson have historically developed their own chips for base stations and have already engaged with Broadcom to advance their base station portfolio development. Samsung already possesses in-house silicon expertise and uses Marvell’s baseband processors to power its 4G base stations and to drive all digital functions in its 5G base stations.

In order to meet its aggressive objective of 40 percent share in 5G base station chips by 2021, Intel must avoid any 10nm pratfalls with Ericsson, Nokia and ZTE, and holding off formidable foes like Broadcom and Marvell, as well as any potential challenges from NVIDIA and AMD. Intel’s moves could also enhance its alliance with Mediatek to jointly develop and support 5G-capable laptops.

The broadening of its networking portfolio shows Intel is executing on its overall strategy of meeting the strategic 5G objectives of its customers. The strengthening of its chip offerings aligns with Intel’s goal to play a more influential role in the overall 5G and digital ecosystem including emerging areas such as storage, IoT, GPUs, ML acceleration, and self-driving cars.

Now Intel must prove that meeting the new high bandwidth, low latency requirements of new 5G base station architectures are ripe for a major incursion. Otherwise Intel risks overhyping its new networking chip offerings even if it makes respectable inroads in other areas.

Other Insights from Futurum Research: