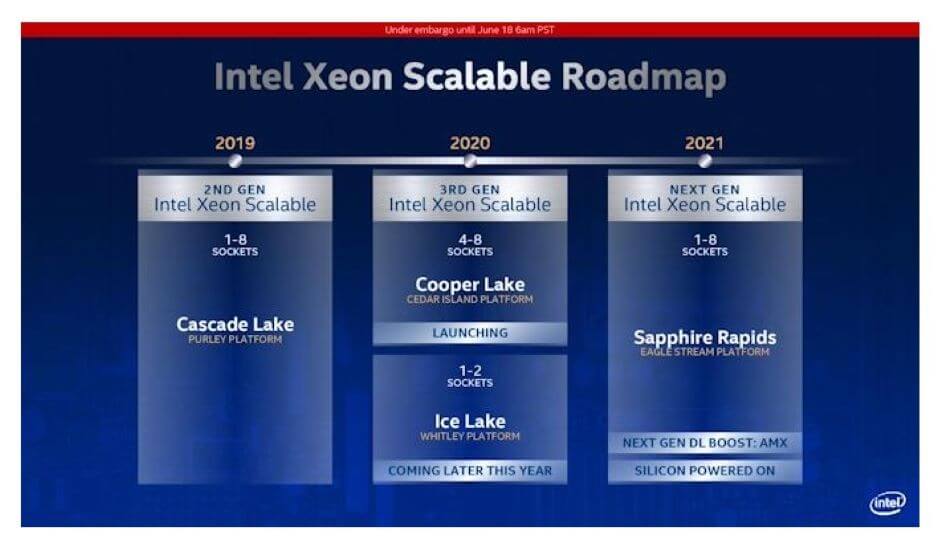 The News: Intel is taking a bifurcated approach with the launch of its new third-generation Xeon Scalable processors, releasing 14-nanometer parts first that only target four- and eight-socket servers and then dropping 10nm SKUs for one- and two-socket servers later this year.

The Santa Clara, Calif.-based company announced the new third-generation Xeon Scalable processors, code-named Cooper Lake, on Thursday, pitching the 11 SKUs as a good fit for data-intensive artificial intelligence workloads, in part because of a new instruction set that boosts inference and training.

Analyst Take: This past week Intel presented an update to its roadmap for its datacenter silicon, introducing (once again), its Cooper Lake processors for 4 and 8 socket servers. The company also updated on its next generation Ice Lake product that will focus on 10nm and 1 and 2 socket servers. None of these announcements were necessarily a surprise given that the roadmap had been in place for some time, but the company did offer some additional input on the road map, timing and features–Some of which could be important for the company to win deals with large cloud providers.

For this newest generation, Intel is offering three significant upgrades. For more in depth technical analysis on these updates, I enjoyed AnandTech’s piece. However, here is my quick analysis for those looking for the punchline.

Above I reference the new bfloat16, but it is important to reiterate the importance of this announcement. To explain a little more fully is important because for Intel, gaining momentum in the AI Acceleration space is important and what the company did here is important.

The new generation adds 16-bit floating point processor support, which Intel is calling bfloat16. Cutting FP32 models’ bit-width in half accelerates processing itself, but more importantly, halves the RAM needed to keep models in memory. Taking advantage of the new data type is also simpler for programmers and codebases using FP32 models than conversion to integer would be. (Arstechnia)

I believe the focus on creating a vehicle for programmers and codebases to function more efficiently will yield greater returns for companies as investment continues to be poured into AI. 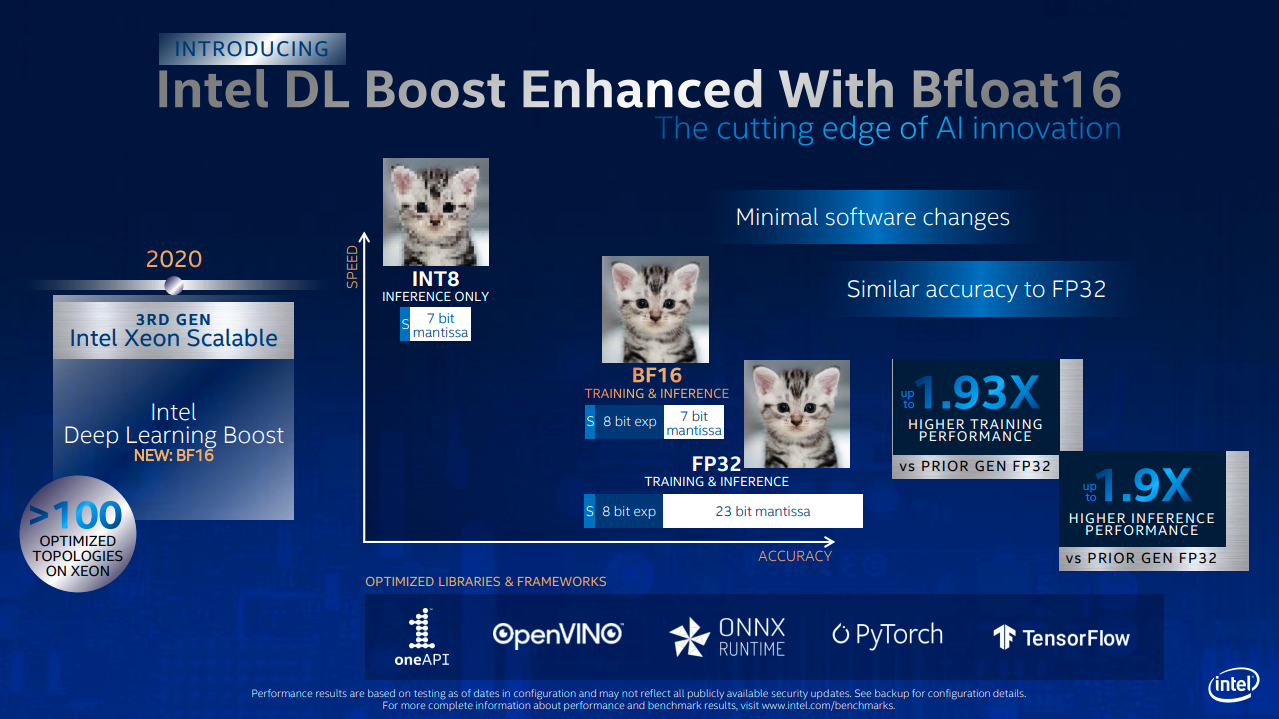 Cooper Lake is a big step forward offering incremental value for Intel. The company is sticking with its 14nm platform for now and I’m sure there will be some critics that will point that out. However, it looks like 2020 is the year that 10nm will hit the streets and support the 1 and 2 socket variants. This should close some of the technology gap that AMD has been touting over the past 12-18 months. Of course, AMD is likely to be making some announcements in this time frame.

The advances in socket-to-socket connectivity offering greater bandwidth along with the improvements to Optane offering better application performance and cost savings are also material as companies continue to weigh investments in tech and incremental spending.

The teasing of next year’s Sapphire Rapids also brought some things to be encouraged by. Of course, a roadmap is only as good as the ability to deliver so we will all be watching to see if Ice Lake and Sapphire Rapids stay on schedule, which will be important for Intel that they do.