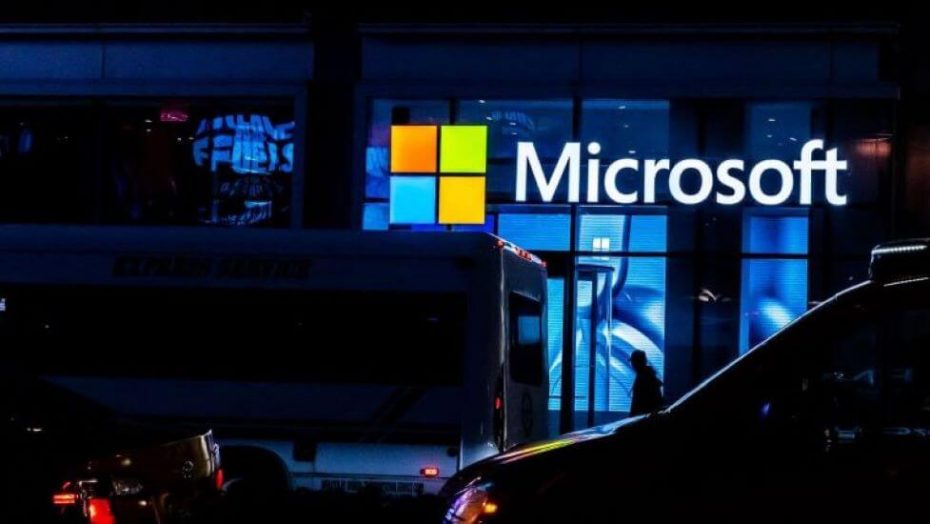 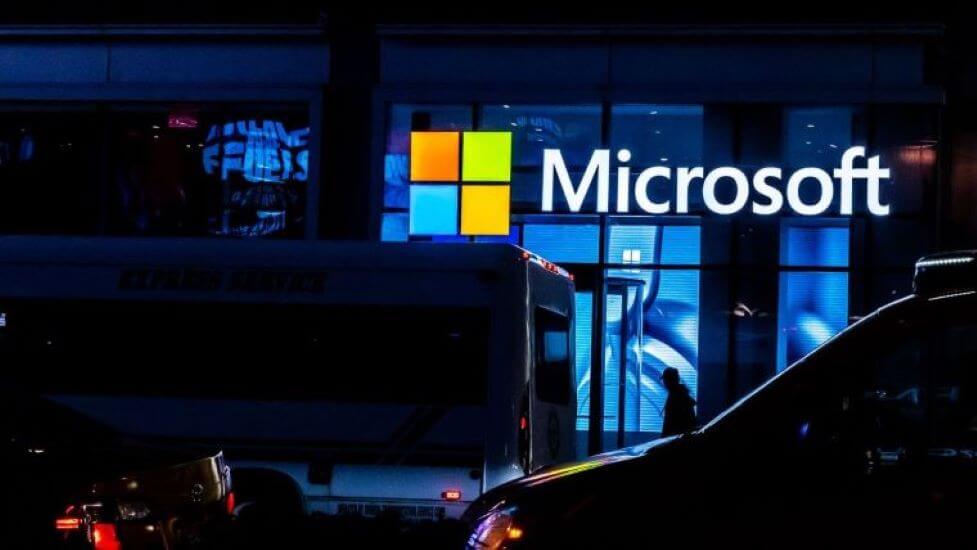 The News: Microsoft shares barely moved in extended trading on Tuesday after the company reported fiscal first-quarter results that were better than analysts had expected.

Microsoft revenue grew 12% on an annualized basis, down from 13% growth in the prior quarter, according to a statement.  Read the full news piece on CNBC. 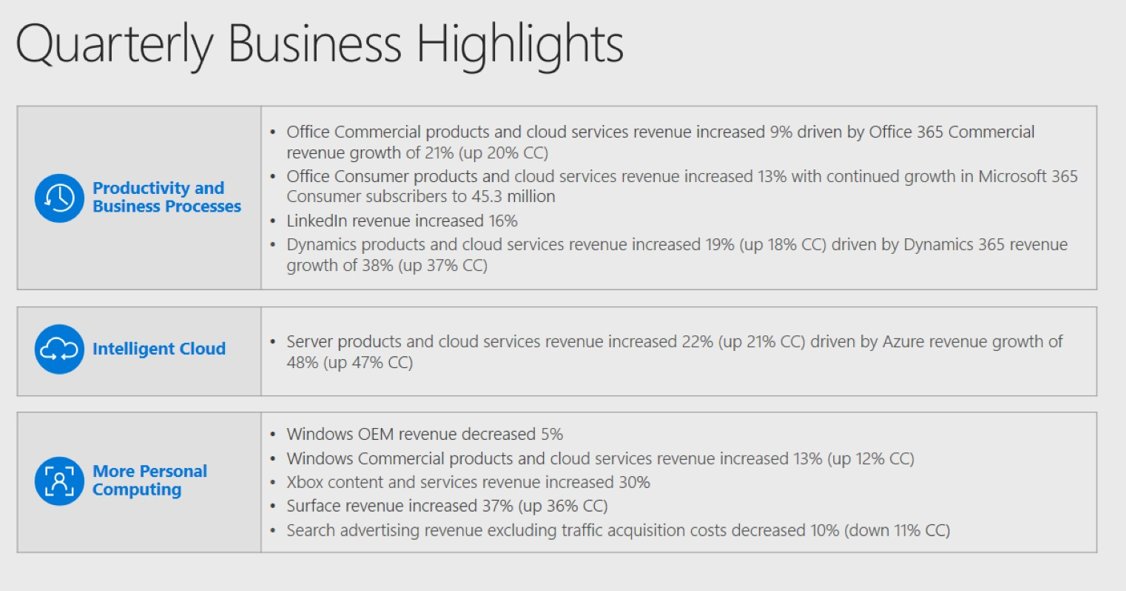 The company realized impressive double-digit growth in Revenue, Operating Income, Net Income, and EPS across the board, which should add to investors’ confidence despite recent market turbulence and the ongoing impacts of the pandemic and election. Microsoft confirmed that it is clearly a

In this earnings report, I was closely watching the company’s performance in three major areas. Productivity, Intelligent Cloud, and Personal Devices/Computing. The company had strong results in all three, with Intelligent Cloud and Azure leading the way:

Intelligent cloud and Azure saw strong growth at 20% and 48%, respectively, showing continued strong cloud demand. There seemed to be some question marks around cloud demand, especially following weaker earnings and guidance from cloud ERP leader, SAP. Microsoft’s results showed the company to be un-phased during this quarter.

Speaking of ERP, this fits into Microsoft’s Productivity segment, which saw continued double-digit growth (11%) as demand for Office 365 continues to rise. The area that caught my attention the most though was the growth of Microsoft’s own play in CRM/ERP, its Dynamics, and Dynamics 365 business. With Power Platform gaining momentum and driving greater adoption, as well as traditional Dynamics and Cloud ERP (Dynamics 365) continuing to be big for this category driving 38% growth, some of my early speculations about a tighter race in business productivity seem to be gaining momentum–especially with Salesforce and Microsoft continuing to look like the fiercest of competitors.

The last category that I wanted to track closely was the “More personal” segment, which saw 6% category growth led by big growth in Surface at 37% and Xbox content and services at 30%. I’ve been very impressed with the new product rollout of Surface and watched to see if Microsoft may be poised to displace Apple as the ultra-premium laptop and computing platform. This could become more probable if Apple stumbles at all with its in-house chips that are set to replace Intel. Microsoft has delivered a wide swath of device types, all of which have a premium look and feel, but run Windows, which is much cooler than it used to be. Microsoft variants include Intel, AMD, and Arm chips. I think that was a smart move by Microsoft.

Lastly, I found this quarter to continue Microsoft’s interesting partnerships, including two in the past few weeks. The first is a partnership to drive growth in Industrial via a partnership with Honeywell. The other is an interesting reimagining of CRM with a new vertical focused AI-powered CRM app with Adobe and Tom Seibel’s newest startup C3.ai.

Overall, an excellent quarter for Microsoft. The key is going to be maintaining this strong momentum. As its cloud continues to grow, large numbers can challenge big growth percentages. However, even the pandemic and its lingering effects have attached to digital investment rather than cut spending. This is why I’m optimistic that Microsoft will weather any future setbacks due to the election or pandemic without incident.