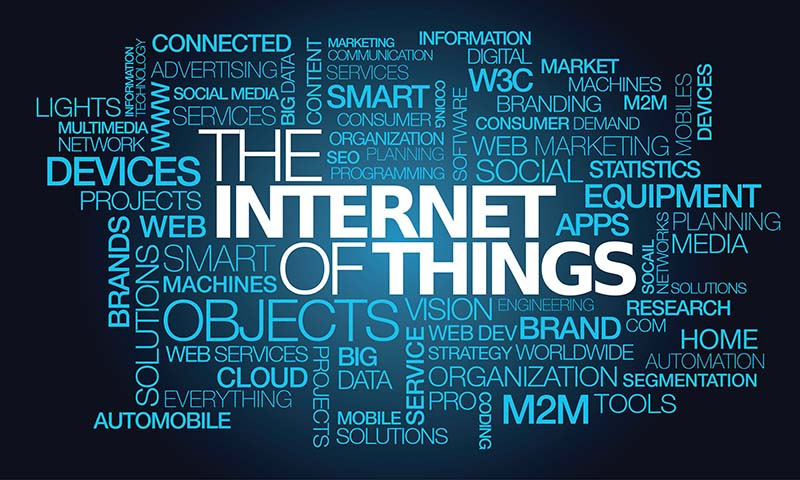 The Internet of Things (IoT) has led to some exciting innovations. From fitness trackers to blood pressure monitors and smart home devices, its reach is expanding. The next trend is toward not only mobility, but also flexibility—and I mean that literally. A few recent developments have set incredible expectations for the coming year.

Roll Up Your Display

Last month, Samsung arrived to the SID Display Week event in San Francisco ready to show off its latest innovation: a 5.7” display screen with 386 pixels per inch. Coming in at just 0.3 mm in thickness, it’s only six times as thick as a standard piece of printer paper. This screen can roll up tightly into a 10 mm radius tube.

Though this screen doesn’t feature touch capabilities yet, it reportedly will. There’s speculation about how they will use this technology—for a smartphone, tablet, or both? A touchscreen layer would add thickness to the device and may affect its ability to roll as tightly. However, it does seem that the flexibility movement is in full gear.

Samsung expects to release a line of phones with folding displays next year. These will resemble small books and have full touch capacity. The company recently patented specialized sensor pads to accompany this line. These would allow for more buttons without taking up extra space on the screen. I look forward to seeing this product as it develops; the early stage plans seem promising.

Wear Your Phone as a Bracelet

It would appear that Samsung isn’t the only company making huge strides in this market. Moxi Group, a company out of China, has just announced a smartphone that works as usual—or like a bracelet when wrapped around one’s wrist. The touchscreen technology employs graphene, which is the thinnest material in the world that remains flexible, clear, strong, and light. Moxi plans to release 100,000 of these phones by the end of the year. They’ll sell for approximately $760 in China.

Though this sounds great, there are a few catches. For the time being, the display will only be in black and white. The company hopes to release a color version by 2018. However, it reports that the color option presents a number of additional challenges—particularly related to power consumption. Another concern is the use of e-ink to create the bendable displays. Some state that this produces a low-quality image.

Moxi will see how this initial run fares. If there’s interest overseas, the company will entertain it. While Moxi is among the first to bring one of these phones to market, it certainly isn’t alone in the endeavor. LG has been furthering its flexible touchscreen technology, and Apple registered a patent for what reports indicate to be a flexible electronic device. With the patent race on, companies are motivated to develop this new technology, and develop quickly. Meanwhile, these innovations aren’t restricted to handheld devices. Levis and Google have collaborated to give us what may be a window into the future of IoT.

Have Them Call Your Jacket

Google and Levi’s came together last month to unveil their casual—and connected—jacket. The jean material contains a yarn housing metal alloys, which makes it conductive. The carefully placed material responds to touch and gesture along the sleeves. A user could answer a call or skip a song with a mere arm motion.

The entire garment is washable, with the exception of one smart button that resides along the sleeve that the owner must remove before tossing the jacket in the washer. This piece will debut on the market in the spring of 2017. Though this Google/Levi’s collaboration is the first to produce such a garment, others won’t be far behind.

Flexible screens and clothing are just the first example of what’s sure to be a major trend in IoT. We no longer live in a world of “updates.” Companies are now increasingly facing the necessity of total overhauls in order to remain competitive. The question becomes, “Who will keep up?”

Constant research and development on this scale isn’t cheap, and the race to the patent office isn’t a slow one. The next year is sure to give us a window into who leads the pack and who falls behind. In the near future, we may all be wearing connectivity on our backs.

This article was brought to you in part by HP, Inc. Opinions and thoughts are those of the author.