On this episode of SMACtalk I (Co-host @iSocialFanz) geek out about wearable tech specifically the smart watches and Daniel (@DanielNewmanUv) weighs in as a proud watch collector but not fully sold on the smartwatch options.  Not only could Daniel’s mind be changing but with the most recent Pebble, LG & Huawei watch announcements, the continued development of Android Wear and the Apple Watch announcement 2015 could be the year of the watch!

We also talk about what we saw here at Mobile World Congress 2015 and what expect to see Monday from Apple as they roll out the Apple Watch but the focus of the discussion is really around how smartwatches are changing how we thinking about technology and how this will impact businesses of all sizes.

Smartphone and Smartwatch hardware without question dominated a majority of the exhibitor tables this week at Mobile World Congress in Barcelona Spain. But Daniel and I believe smartwatches like early smartphones (Blackberry, iPhone), will one day be looked at as very “dumb” innovations as it takes a couple years, a couple software upgrades and some trial and error to really create a game-changing device.  So does that mean the Apple Watch won’t be a game changer or that you shouldn’t buy one like we plan on doing?  No but you should think about the use cases, the available features and ultimately are you

As you’ll hear in this episode and have learned over these last 20 episodes of SMACtalk, we love to debate and challenge how technology not only will fit in our daily workflow, but also how it will empower and impact the future of work.

We also discussed these smartwatch topics:

We also decided to embrace a new app, as technology evangelists  and true geeks, we setup the new app Meerkat, which allows you to live tweet video as you’ll hear us discuss, it seems like a cool trend and something we will leverage and find new ways to utilize in the future.

How will smartwatches, better yet, internet of things, wearable technology and all other gadgets impact and create a new way to work?  I don’t believe we have the answer but we are certainly excited about the future and believe the combination of embracing change and leveraging data will be a major factor in which businesses are successful in 2015 and beyond.

As always we are grateful to be able to share our insights and views with you the listener, and welcome feedback, suggestions and open conversation at all times using the hashtag #SMACtalk.

This episode of SMACTalk Live from Mobile World was brought in part to you by IBM Midsize Insider. The views however, are 100% those of the author/hosts. 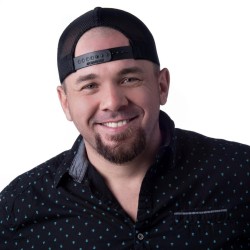