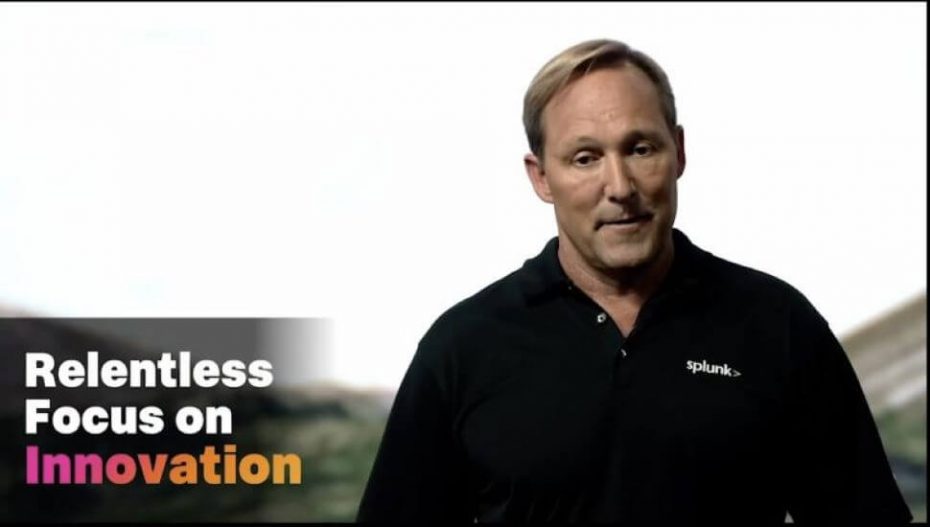 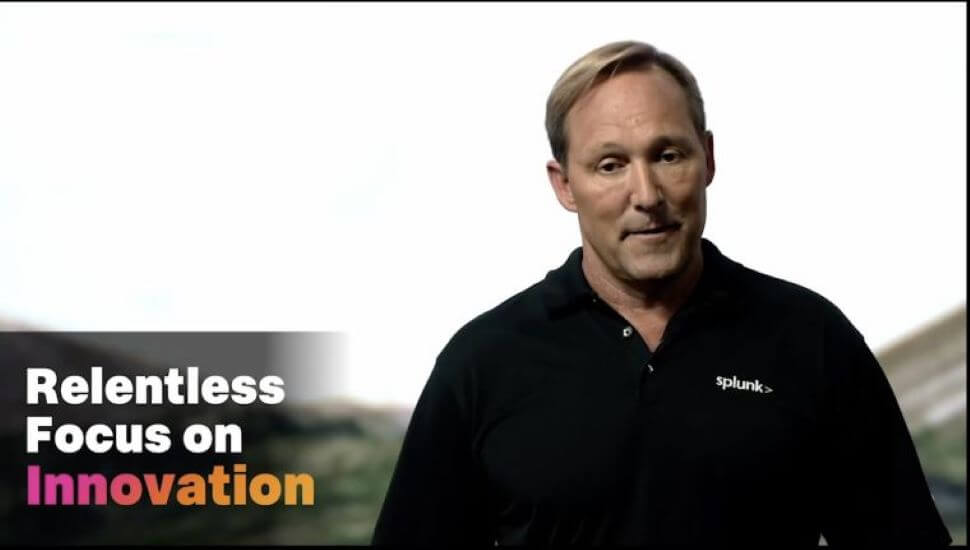 This week, Splunk hosted its annual .Conf event, only this time from the comfort of our homes. This annual event is the company’s largest, and it focuses on both the business and the technology, bringing relevance for a wide swath of Splunk’s community from investors to developers.

On the first day of the event we started with Splunk President and CEO Doug Merritt delivering a keynote. Doug’s keynote provided broad context to Splunk’s state and why the market should feel optimistic about its positioning. His keynote theme focused on 3 major transformations that he envisions for the company as it continues to support the growing creation and demand for data and observability.

In this research note, I contextualize and analyze Doug’s 3 major transformations, focusing on the importance these have on the now and the future for the company as it seeks to expand its offerings and leadership position more broadly into the world, as Splunk calls it, where data must flow to (and from) everything. 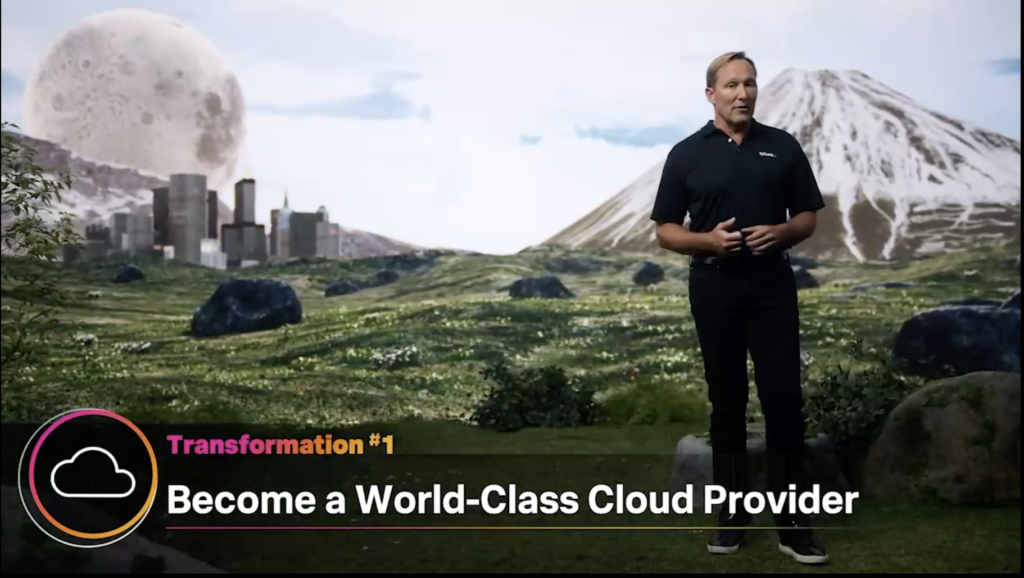 Despite the cool and/or strange nomenclature of Splunk, the cloud is a relatively new place for Splunk to play. The idea of jumping straight into the pool of world-class takes a bit of guts, but I think the company did a good job presenting a case.

The initial benefits of companies using Splunk moving to the Splunk Cloud are somewhat consistent with other cloud platforms, including faster time to value, greater business continuity, and accelerated innovation that can be achieved with more regular upgrades and faster releases. This is all compelling, but for me, it came down to the performance the company has had in the cloud, making a strong case that the cloud transformation has been well received in the market thus far. 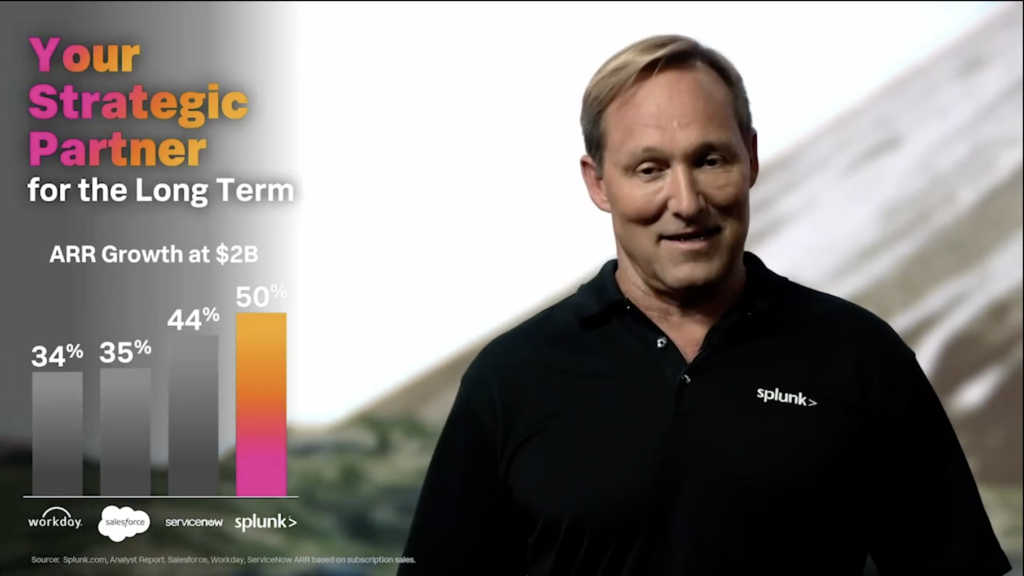 Some of the companies significant investments to make it more cloud-native and enabled include:

This has also been validated by the companies successes, including its 50% YoY ARR growth, making it seven quarters in a row at over 50% and a faster rate of growth than Workday, Salesforce, and ServiceNow at this stage in their business. 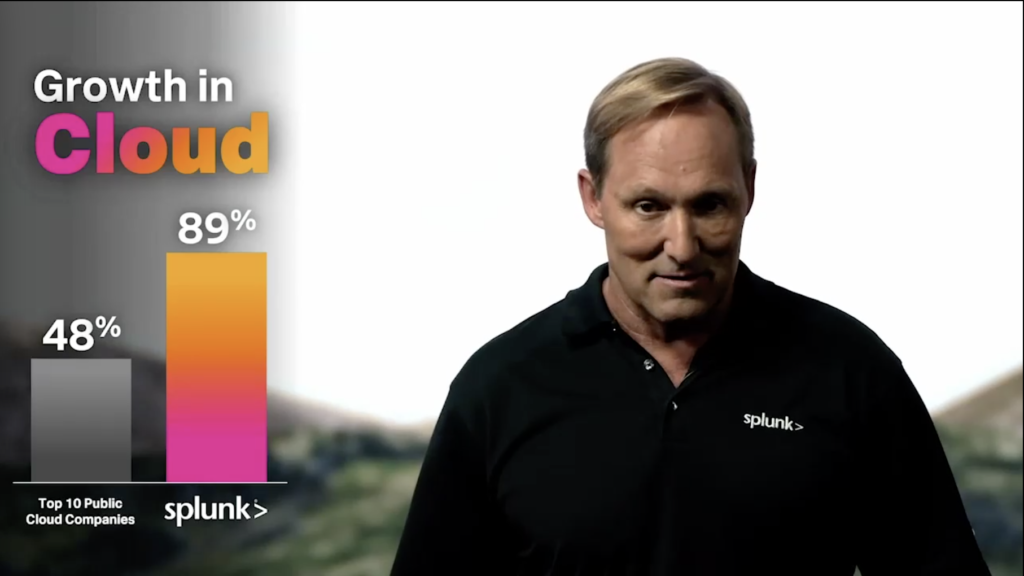 The company also delivered more than 50% of its total bookings with an 89% cloud growth rate during Q2, in its FY ’21 year. This shows that the market has taken the transition with both the strong growth rate and customer adoption. 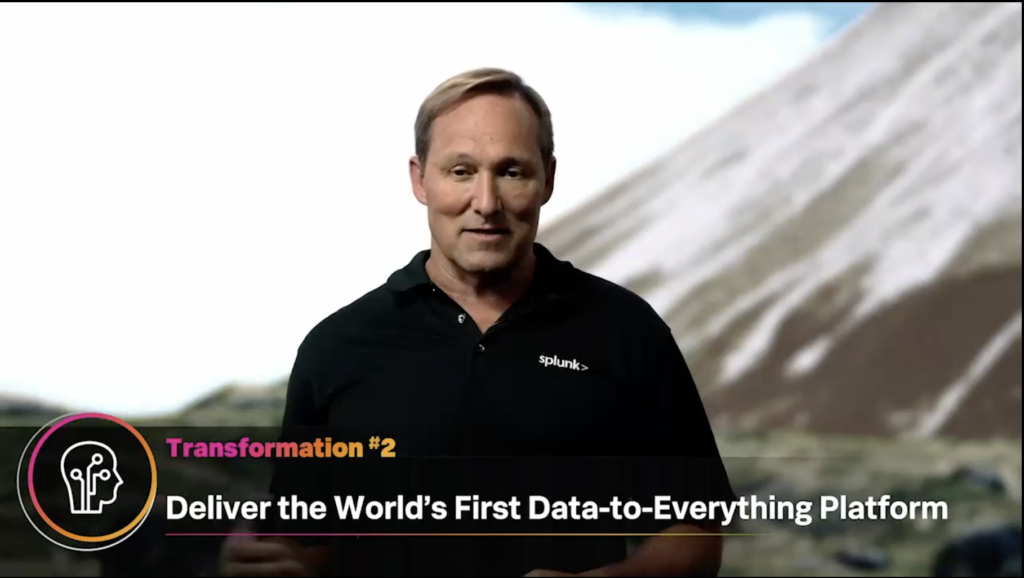 The company looks at the Data-to-Everything platform as a holistic and expansive approach for enterprises to meet their broad, heterogeneous data needs. Not only does this require the various pieces outlined by Mr. Merritt in the keynote, but it also requires a seamless ingestion layer, common work surface, APIs, and developer tools, as well as consistent mobile and connected experiences. The company has been continuously working on this since the announcement of its D2E platform, and the vision of Data-to-Everything continues to become more crystalized, not only within Splunk but to the market as this was the best I’ve seen it presented in terms of making sense and delivering the story efficiently. 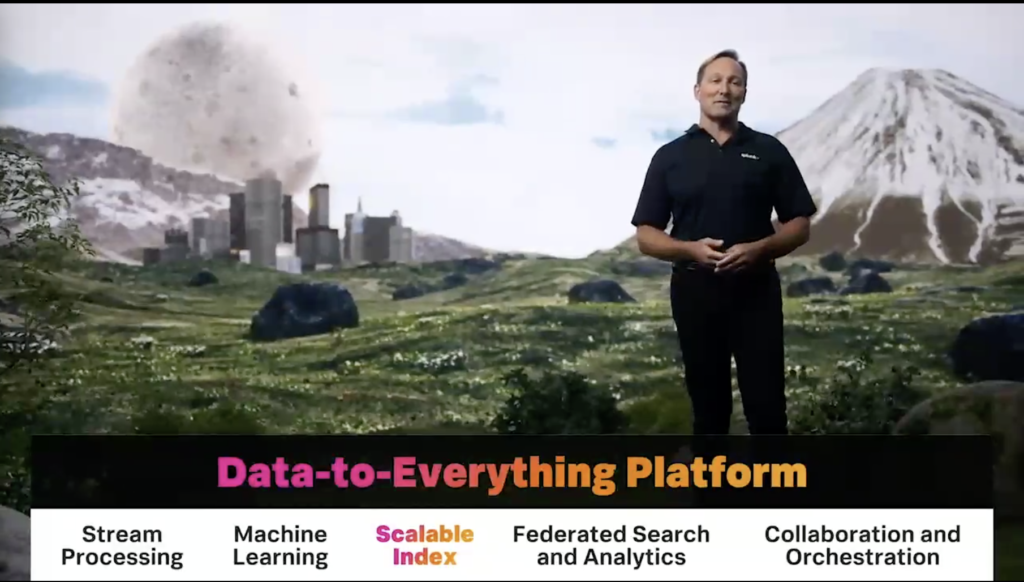 Observability is worth pointing out further here as this is an expansion of the company’s offer, which has historically focused on IT and Security.

The observability portfolio focuses on the new challenges being brought to the enterprise through the proliferation of shifting cloud architectures, which are increasingly becoming hybrid and multi-cloud in nature. Splunk addresses this by embracing containers, Kubernetes, microservices, and serverless functions to enable faster scale and time to production. Within Splunk’s Observability portfolio, enterprise users will be able to do:

Perhaps most important is that the company is focusing on a single and seamless user experience. This means monitoring, troubleshooting, and investigation under a single control plane. This also means detection to resolution in less time– All of this highly scalable, ML supported, and real-time.

A lot to unpack here, but a big up-level from Splunk in its second transformation. 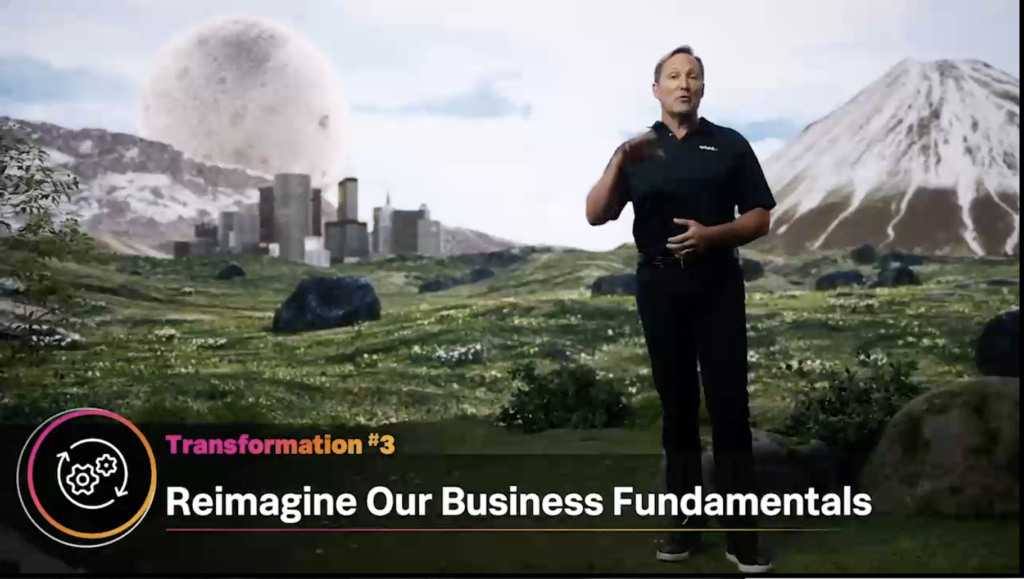 The third transformation is all about the company’s overhaul of its business fundamentals. The biggest move here was to meet customer experience and shifting consumption-based tools to shift away from data ingestion costs tied to metering and moving to a more familiar (and cloud-like) workload related pricing. This was important, and I’m happy to see it was done.

Other focuses included the company’s Splunk Lantern, which was all about improving the customer success team. Splunk is an important tool that can do a lot with data to drive IoT, but the support to run the platform effectively shouldn’t be understated.

Finally, the partner ecosystem was focused upon, including the mention of thousands of partners from SAP to Google to HPE. Understanding the importance of partners for a company like Splunk will enhance its value and market perception as we are in an era of strategic partnership for even the biggest companies–Splunk is on the right track here.

Having had the opportunity to speak candidly with Doug on a few occasions over the past year, I can assure you that his focus on growing the business the right way is top of mind. 2020 has been full of surprises, and the shift that Covid-19 has put on the economy has unequivocally shifted IT and has changed the way data is created for and within the enterprise.

Doug’s three transformations are bold. Attempting to be a world-class cloud provider is more than marketecture. Still, a pivot that the company has attempted to make in just over a year, and to be fair, it has done so effectively by outpacing some of the most renowned companies at a similar size and stage in their growth journey. Doug Merritt called Splunk its own disruptor — let that settle in for a moment. However, he is accurate.

The Observability layer, coupled with a shift in fundamentals, takes the company forward substantially. Meeting the customer where they are–consumption, cloud, scale, and flexibility. More than trends, but keys to the company’s next wave of growth, I expect to be substantial for the company over the next 8 quarters if it executes these three transformations.