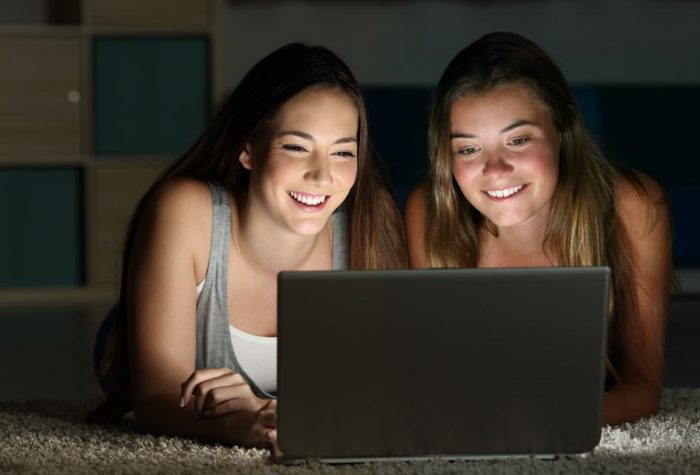 Last month, I started a new series highlighting the biggest digital transformation trends in healthcare and retail. This month, I’m continuing the series by taking a look at an industry all of us know pretty intimately: media and entertainment. Whether you’re a movie fan, a video game junkie, or a TV binge-watcher, you know that new technologies have completely changed the way we consume, connect, and communicate. It’s no wonder the entertainment industry has been turned on its head recently due to technology.

For years, Hollywood has been suffering a mass exodus of filmmakers looking to save money by making movies in cheaper locales. But that’s nothing compared to the shakeup being experienced right this moment in the greater entertainment world. From the types of content being created, to where the content is being consumed, and who is now creating it— “Hollywood” has become a virtual Wild West, and the changes are still coming. The following are a few of the biggest transformations making waves in entertainment and media.

Multi-Channel Experiences are the Norm

I remember watching Talking Dead one night, and realizing that while watching the show, I was also checking Facebook for what was trending about the latest episode, while the host simultaneously shared Tweets from live viewers. Talk about a multi-channel experience! Notes one writer, content delivery is no longer linear. Far from it, viewers rarely sit through an entire TV show or movie without multi-tasking on social media or sharing their opinions about what they’re watching. As such, marketing is no longer a one-time thing. It’s an all-channel event.

Research shows people watch clips and user-generated content on their phones, and movies on their computers and TVs—sometimes simultaneously. Media companies have learned that they need to take advantage of that situation by prompting viewers to #share using branded content and hashtags to gain their content even greater reach. This means marketers and writers are no longer thinking solely about what would make a great scene. They’re thinking what would look great posted on FB, what would look cool as a GIF, and how to engage their viewers while they are watching.

Artificial Intelligence is Getting Creative

In 2015, spending for AI was $300-350 million. Its projection for 2025: $30 billion.What gives? At risk of sounding crazy, AI is changing the entire creative process. In a new wave of computer-human “collaboration,” companies are already using AI to create effective movie plot points based on box office performance, and one company recently used AI to create a horror movie trailer based on trailers the AI had already processed and annexed. The result? The AI created the final trailer within 24 hours—far less than the usual 30 days it would take for a manual edit. And it used clips and scenes proven to be effective by market research, increasing the likelihood that it would actually get viewers to watch. But it’s not just movies. McCann Erickson in Japan has an AI creative director that analyzes client briefs before pitching. From Language processing and image recognition to speech recognition and deep learning, there is truly no end to the way AI is impacting the creative process in media and entertainment.

Netflix and Amazon have been using curated content effectively for years, suggesting what shows we’d like to watch, and what products we’d like to buy based on our past performance. Used effectively, these types of analytics can create instant “audiences” for new shows and products. Whereas once, producers needed to advertise to the general public, they can now focus their time and dollars just on those most likely to enjoy what they make.

It used to be that we all had cable or satellite, and we suffered through having to purchase 300 channels just to get the two or three that we actually like. No more. The rise of Hulu and Netflix has left many to cut the cord with traditional cable companies. Instead, users are going online to find just the content they want, be it YouTube videos, or original series on Netflix, Hulu, and even Amazon—and cable companies are replacing traditional offerings with smaller bundles and specialty packages.

Advertising is Getting Smarter

Because of deep analytics possible with machine learning, as well as the vast opportunities available with augmented reality and AI, advertising is even smarter than ever. Forget traditional product placements. Soon it will be possible to order your favorite actor’s jacket just by clicking the screen when it appears. Even more, using big data, marketing agencies will even be able to switch out specific product placements to use ones you’re most likely to buy. If that isn’t entertaining, I don’t know what is.

Unlike healthcare, the digital transformation happening in the media and entertainment business focuses mostly on—you guessed it—marketing and money. But they also focus on user experience and engagement: personalizing one’s viewing experiencing, and getting content to audiences where and when they want it, on whatever device they’re using. In my view, that sounds like a hit.

A version of this article was first published on Forbes.