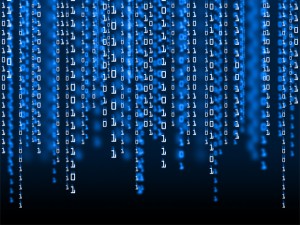 The annual CES show in Las Vegas always brings a lot of buzz.  Any time well over 100,000 people touch down in the same city at the same time for one event, you know big things are happening.

You would think I was talking about the Super Bowl?

Las Vegas is safe from the NFL for now, but let’s just say CES is a pretty close second when it comes to being “The Big Event”

With each year that passes a new technology emerges.  Last years new thing becomes this year’s big thing and while Giant Flat Panels and Super Smart Phones once again made an appearance, 2014 was the year of wearable technology.

If you are reading this from your “Glass” then you can go ahead and move to the next article.  Clearly you already know this.

For the rest of us, all I can hope is that you aren’t reading this while sitting across the table from friends and family.  It is rude, but I probably shouldn’t judge.

Funnier than my last attempt at humor is that really we all saw this coming, so rather than just turning this into an Engadget post, I wanted to share with you a little insight into what I think all this wearable technology is going to mean for us in the future.

Wearable technology toady, for the most part is pretty basic.

Many of the most popular wearable gadgets are monitoring a specific thing, for instance, the Fitbit.  These little wearable devices track your daily steps and then feed information to an application where you can monitor your daily steps against your goal.

The gadgets are great for you because they enable health and wellness by tying your daily activity to the power of data analytics.

Depending on the privacy policy (always check) of the device, these gadgets are a great way for brands to collect and harvest data.  So keep that in mind.

Beyond the fitness rage, wearable tech is also growing in popularity with the advancement of the Smart Watch.  Samsung went mainstream with this first adding a watch to its “Gear” collection.  Rumors have long raged that Apple has a similar product on the horizon.

As cool as these smart watches may seem, from what I gather they are just a 4th screen where we can see much of the same information we see on our phones, tablets and computers.

So even though mainstream wearable is cool, the question is what will we do with it to make it more useful?

Since we all kind of knew about wearable tech and had been seeing it in use for sometime, our excitement for CES was the opportunity to see what brilliant advancements there were with wearable and what insight that may give us as to the future of this technology segment.

There were most certainly a few standout introductions.

Sony introduced a “Smartband” and formed a partnership with Lifelog to give its users the opportunity to capture more quantifiable information about your life.

I believe the play Sony is making here is that we don’t do activities in isolation, so how can wearable tech plus data mining advance this?

On the more cutting edge front, a more unknown company by the name of Netatmo is launching a line of “Smart Jewellery” which can monitor your skin’s exposure to ultraviolet rays and send the data to yet another smartphone application.  In addition their line of wearable’s can track heart rate and movement.

But Will People Wear These Devices?

At the show they are talking about more than just bands and watches.   There are companies showing wearable clothing and more.

Really, what this year’s show is proving is more about the ability to add sensors to the devices we already wear to make them more useful.

However, when I speak to people, many seem resistant to wearing “Smart Devices”

Questions to the viability and the fashion are both being raised.

Personally, as someone that likes to wear a watch as jewelry, I don’t think a big “nerdy” touch screen on a watch is for me.  However, to each their own, right?

One thing is for sure; billions of dollars are being poured into the wearable tech industry even though the trend really hasn’t gathered that much steam.

Begging the question, why?

Ready for me to drop a whole bunch of buzzwords on you at one time?

What if the play into wearable technology is really a play to building the human data center? Mobile truly becomes mobile?

Right now so much of the data that brands and individuals want to capture requires some form of manual involvement.

You have to fill in a form, check into an application, punch in what you ate for lunch, and insert the high notes of your lunch meeting into your CRM.

What if you didn’t have to do any of those things?  What if wearable tech allowed you to capture and tie to the applications you want them to?

If a sensor can monitor ultraviolet exposure then I am certain a language capture could decipher context from your lunch meeting.

Let’s take it one step further, why couldn’t a sensor on a restaurant menu talk to your Lifelog by merely syncing the menu sensor to a smart or wearable device?

Suddenly in time, we are covered in and surrounded by sensors and technology that starts to know us better than we know ourselves.  A thought that is both provoking and scary at the same time, but we know for sure that all of this data would allow us to be more efficient in our personal and professional lives.  The question is just how intrusive do we want this technology to be?

In short, wearable is here to stay.  I think it is more a play on data than it is a statement of fashion or even a trend.

The long and short is people want simplicity brought to them through technology.  Wearable tech is on the cusp of doing more with this technology that could lead to not just a bunch more gadgets and a 4th screen, but a means to better data, better information and smarter commerce.

Wearable might just be a preview of what is to come, which I think is a world where we are the data center, and the devices are just a means to collect that information.

While enthusiasts make the trek to CES every year, the show is ultimately fueled by commerce.  Logically leading to a series of questions, the most important question:

What does wearable mean for commerce?

In short, the world is collecting the data from every human that touches a computer.  While the ways are sometimes questioned, the means are always the same.   More or less, you click it and someone out there knows it.

For business, this is terrific as tools to analyze the vast data (Big Data) become more sophisticated and capable, however there is a huge missing element for businesses everywhere and that is capturing everything we do when we are not clicking, liking, chatting and buying online.

Wearable tech will drive the ability for brands and businesses to continue to better understand what we think, feel and do even when we are unplugged.   The benefit for the user is the world of commerce can better deliver to their needs with no extra work required.

Just live your life, and we will sort out the details.

If you think this sounds far-fetched or crazy, it is not.  IBM Watson is already doing this in a way.   Although a computer and not a human, it is developed to not only be highly intelligent, but contextual and experiential as well.

Watson can learn from its past actions and activities to become more sophisticated and capable to tackle what comes next.

To create this type of intelligence for the entire human experience, business will need the data to make this work.  By incorporating the rest of our existence offline, by bringing it online creates endless possibilities for B2B and B2C to drive more meaningful existence in a world gone P2P.

This post was written as part of the IBM for Midsize Business program, which provides midsize businesses with the tools, expertise and solutions they need to become engines of a smarter planet. I’ve been compensated to contribute to this program, but the opinions expressed in this post are my own and don’t necessarily represent IBM’s positions, strategies or opinions.