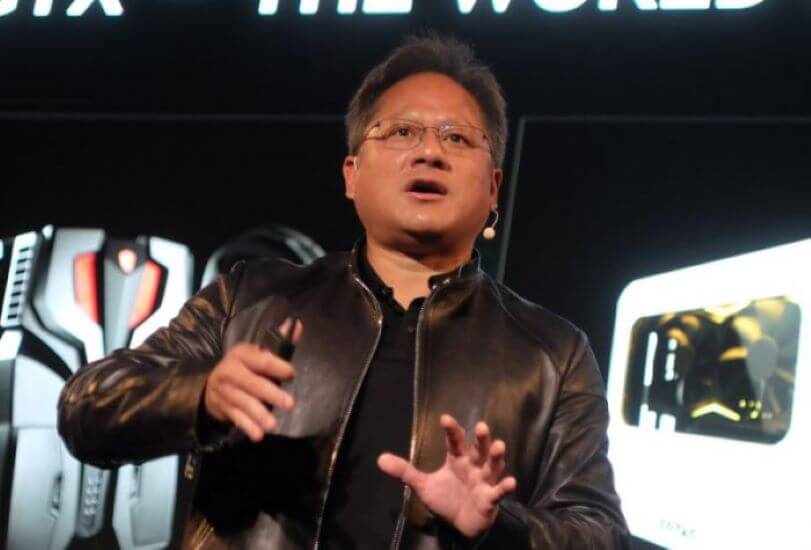 Nvidia NVDA shares, which were up more than 6% after hours, pared gains a bit for a gain of a little less than 5 percent by the end of the conference call with analysts. The stock closed down 0.7 percent Thursday at $270.78. Read the earnings news on MarketWatch.

Analyst Take: The strong roll of earnings for semiconductor companies continues as Intel, AMD and now NVIDIA all had very strong quarters this earnings season. With revenue coming in $151 Million above estimates and earnings up 136 percent from the same time one year ago, Nvidia will feel good about its performance this quarter.

Broad highlights include the company hitting $3.11 Billion versus $2.95 Billion expected and Non-GAAP earnings of $1.89 per share. These earnings reflected a 136 percent increase from the same time last year.

Nvidia did downgrade its next quarter by ~$100 Million due to the continued business challenges related to the Coronavirus outbreak. This has been common practice during earnings this season as most companies that have business related to China are being impacted by the outbreak.

Breaking Down the Business

Last year’s 4th quarter was soft for Nvidia, which certainly helped with the YoY performance in certain categories, but the trend line for the year has shown continued growth and given some of the global trade headwinds, the company has finished the year in a good place.

The most encouraging results come for the company’s pro visualization business and its data center business. I am particularly encouraged by the strong numbers in data center as this number broke a revenue record for the company and by a stunning 43 percent growth over last year during this period.

This growth is not by chance either. While a lot of attention for Nvidia falls into its popular automotive products for autonomous driving and its graphics for gaming, the enterprise business has seen growth because of the rapid growth and demand for conversational AI and AI recommendation engines, which Nvidia has deep expertise for much of the AI Stack (hardware, software, framework, libraries).

In the next year, I expect 5G to become a driver of Nvidia business as the company has made several announcements in the space in the past 2 quarters. 5G growth is still in early days and 2020 will be a momentum year for many of the company’s invested in its success.

Gaming did show a strong 56 percent YoY growth from FY19, with an abundance of new consoles entering the market next year along with the company’s commitments including the recent launch of GeForce NOW and an abundance of recent announcements around RTX.

Mellanox Likely to Close in 2020

Nvidia has been in the process of acquiring Mellanox for a reported $6.9 Billion and some updates were offered in the prepared remarks from Nvidia. Comments from CEO Jensen Huang indicated that the company has been in touch with the State Administration for Market Regulation (SAMR), which oversees competition in China related to the Mellanox acquisition and that the deal is set to be completed during the 2020 year. Huang has long been a proponent of the shift of datacenter architecture to be more like high performance computers and Mellanox leads the technology to interconnect those computers. So beyond a revenue pickup and exposure to additional markets, the completion of the deal should provide value to Nvidia’s customers’ and shareholders.

Despite the massive performance in Q4, the year was actually slightly down for revenue, but that shouldn’t be discouraging at all for Nvidia. The next year aligns well for the company as it comes in off record revenues in multiple categories and as AI, Autonomous Vehicles and Gaming are all looking up in the new year, there is a lot to like about Nvidia. The external forces such as Coronavirus and general trade tensions would be the most likely culprits of any missed targets in the next fiscal year. Essentially, suggesting Nvidia’s success over the next year is in its own hands–Except of course, when it isn’t