Intel has finally given us a peek under the hood of its 10th gen chipsets – dubbed “Ice Lake,” and here are the most important details you probably need to know about them: 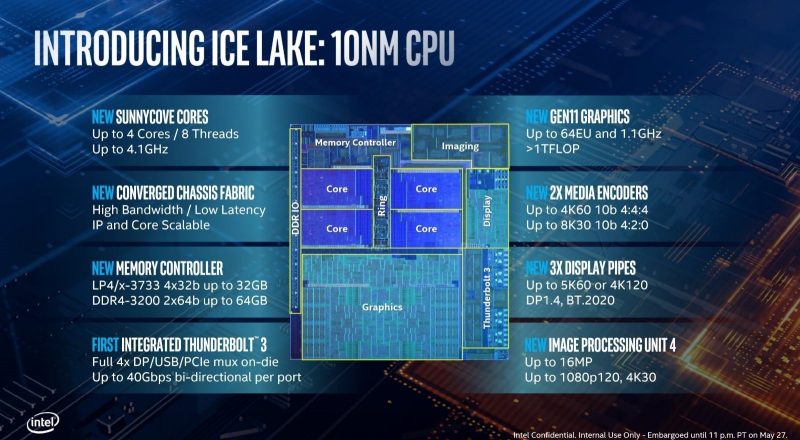 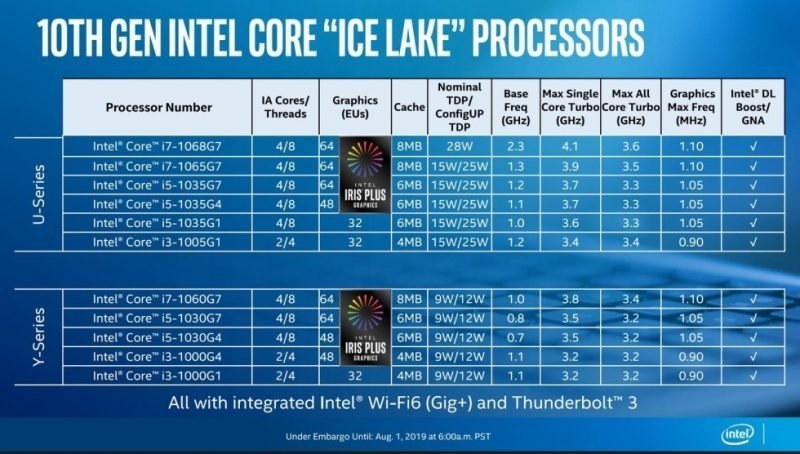 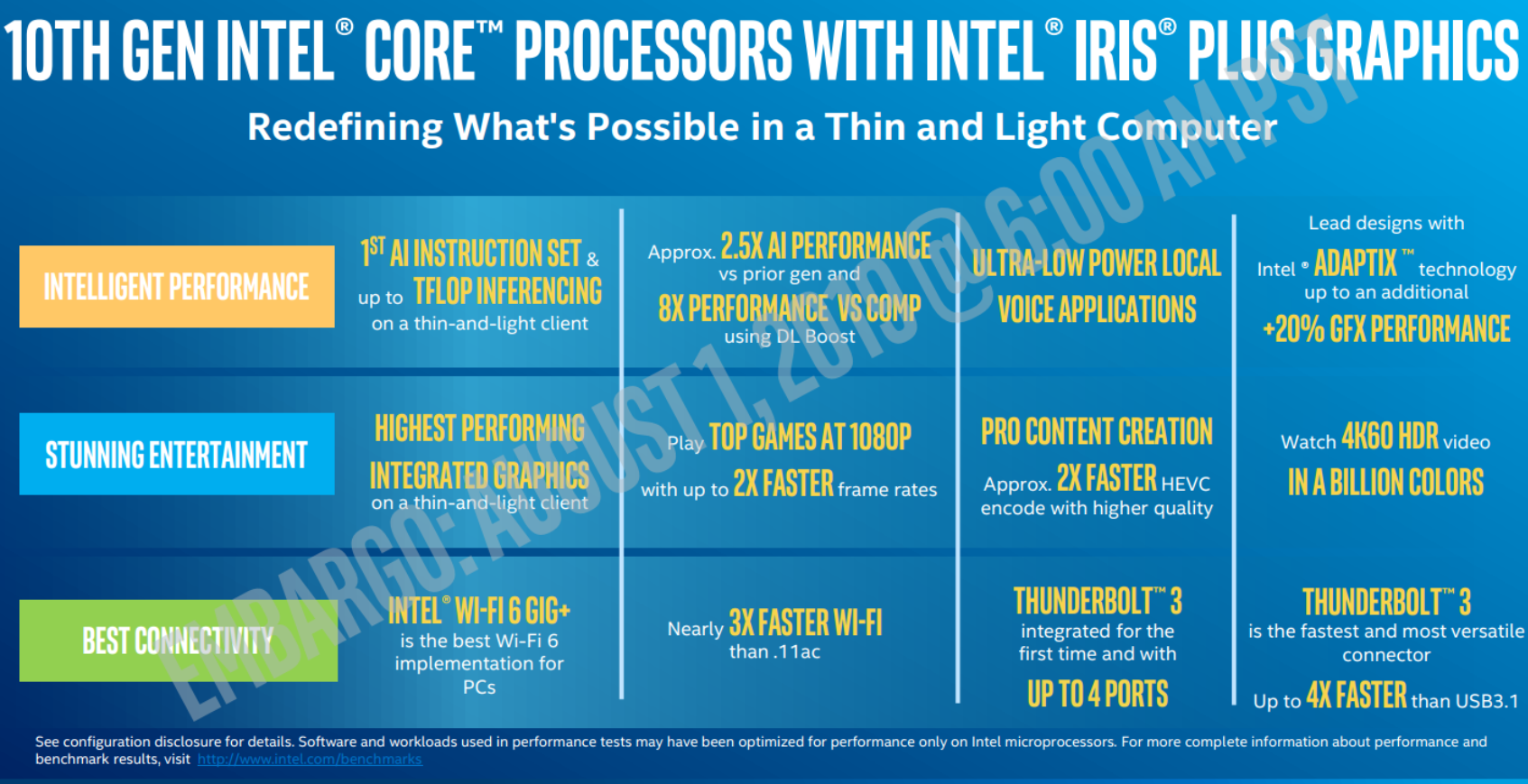 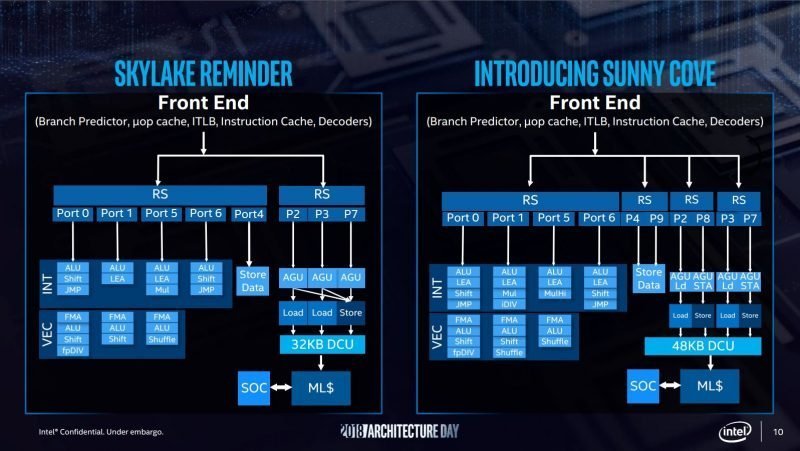 Additionally, this new family of 10nm-based SOCs are likely to power Intel’s Project Athena laptops (basically its answer to Qualcomm-powered 7nm-based SOCs powering ACPCs – always-on, always-connected laptops), by hypothetically giving laptops 15-20 hour battery autonomy (video playback), which Intel translates into up to 9 continuous hours of “real” use* (defined as heavy web browsing with multiple applications running simultaneously).  Project Athena currently gives very little details about the other critical component of the rising new generation of ultraportable and work-from-anywhere unplugged laptops: 24/7 connectivity, not just to WiFi but to LTE and 5G networks. If Intel doesn’t address this, it may end up with only half an answer to Qualcomm-powered ACPCs.

* Intel will need to clarify its messaging with regard to battery performance, as average consumers will likely not understand the side-by-side difference between 15-20hr battery ratings in ACPCs and 9hr battery ratings on Project Athena laptops. Currently, first impressions to this 9 hour benchmark can easily be mistaken for “more of the same” battery performance already standard among mid-to-high range laptops. The difference will likely become easier to gauge when Intel-powered and Qualcomm-powered ACPCs go head to head in performance comparison tests.

All in, an impressive new wave of innovation from Intel that will improve laptop performance for all users, finally make mid-range laptops gamer and creative-friendly, bring Intel a giant step closer to the world of 7nm chips, and perhaps give Qualcomm’s ACPCs some worthy competition as early as 2020.

PS: If this post left you hungry for a much deeper dive into these specs, PC Mag’s John Burek has you covered.